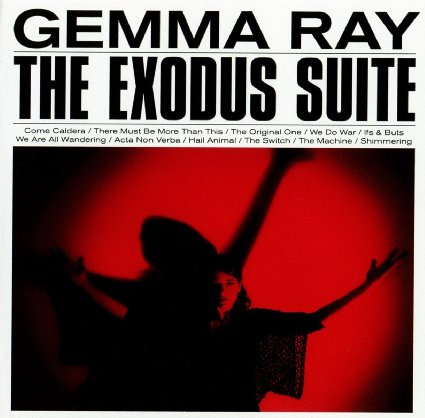 Gemma Ray might rock the neo-’50s look, but she’s no Wanda Jackson wannabe; her songs and guitar work are not held in check by any known musical category. Instead, the tunes are like escapees from the expectations and trappings of mainstream pop. And she’s been prolific, cutting six previous albums as well as several EPs.

“We Do War” kicks off with glorious overdriven tremolo and arpeggiated chords, soon supplemented by doomsday drumming. “Ifs & Buts” rides atop a hip groove, spiced by sci-fi organ themes and Ray’s trebly guitar; she finally breaks free into an otherworldly solo that crescendos by testing the limits of her reverb unit. “The Machine” builds in intensity throughout, the band echoing Ray’s crystalline voice before kicking into a jarring solo led by her off-kilter riffing.

The highlight is “There Must Be More Than This” with a cha-cha-cha rhythm, syncopated reverb-drenched guitar, and a fuzzed-out guitar solo.