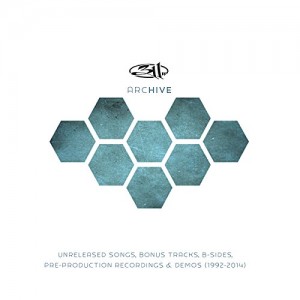 If you remember the ’90s, you probably weren’t there. But if you were there and had your thumb on the pulse of contemporary music, you remember 311. Songs like “All Mixed Up” and “Down” might ring a bell. They mixed reggae, hard rock, hip-hop, and alt. And the band’s still doing its thing, having kept the current lineup since 1992.

To celebrate the band’s 25th Anniversary, it has released a special four-CD box-set featuring 81 tracks of unreleased songs, B-sides, bonus tracks, pre-production recordings, and demos reaching back to 1992.

These tracks have been remastered by Joe Gastwirt and are quite the treasure chest for 311 fans. It also comes with a cool 60-page book with more than 100 rare photos, lyrics, artifacts, and band memorabilia.

CD one consists of B-sides and bonus materials that have been previously released but spread across many media platforms. Songs like “Transistor Intro,” “Bomb The Town,” and “How Long Has It Been” sound pristine and are featured here all in one place.

CD two features 20 unreleased tracks, while CDs three and four are the cherry material, packed with pre-production and home demos.