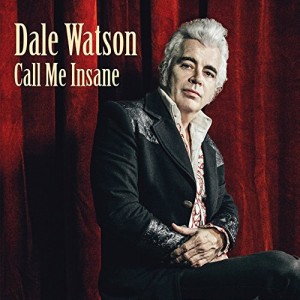 What is there not to love about Dale Watson? He flies the flag for real country music in a day and age when real country isn’t accepted by country radio.

His latest is the same hot-and spicy mix of honky-tonk, western swing, rockabilly and outlaw that’s been his longtime calling card. He calls it Ameripolitan so as to not confuse the listeners of modern country music.

Watson can write a great song. “Bug Ya For Love” is a western swinger with a lyric that would make Bob Wills smile. “Jonesin’ For Jones” is a tribute to George Jones that hits all the right notes. “Crocodile Tears” is a classic country weeper with a clever lyric.

It’s easy to imagine producer Lloyd Maines having problems coming up with just the cuts on this album from a larger batch of songs Watson gave him. My guess is some great ones were left behind.

Watson handles the lead guitar. He twangs, he bends, he hammers-on, and gets percussive with some chickin’ pickin’ licks when called for. Don Pawlak is pretty much perfect on pedal steel. The band handles everything Watson throws at them, and the result is another gem of a traditional country album from a man keeping the flame alive.