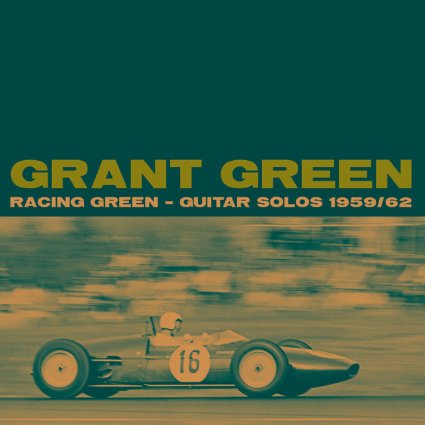 Prolific though he was, there have been more albums devoted to jazz guitar great Grant Green posthumously than were released in his lifetime. Not surprising, considering he died at 43. A heroin addict for much of his career, a heart attack felled him in 1979.

This stellar set features one CD each as leader and sideman. Nine of the 10 tracks on the “leader” disc were culled from four Blue Note albums he cut in ’61; after being signed as staff guitarist by the label, he appeared on 17 albums as leader or sideman that year.

Often associated with organ trios, those tracks and “Mambo Inn” from ’62, showcase him backed by B-3 players Jack McDuff and “Baby Face” Willette as well as pianists Johnny Acea and Kenny Drew. “Green With Envy” is a guitar/bass/drums trio setting, as Barney Kessel often favored.

Like Charlie Christian, Green was mainly influenced by horn players (and Christian). Known for his clear tone, his single-note approach, he explained, didn’t “get cluttered” with the organ or piano. His sense of humor is evident in phrases he would repeat 12 or even 21 times (in “Miss Ann’s Tempo” and “Envy,” respectively).

Sadly, it’s mainly been in recent years that Green has been viewed with the same reverence as greats like Kessel, Kenny Burrell, and Jim Hall. This collection leaves no doubt that it’s deserved.