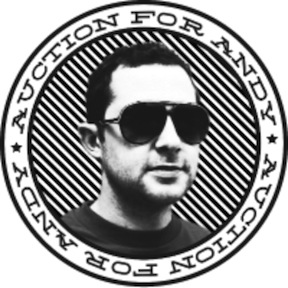 Effects builder EarthQuaker Devices is organizing the “Auction for Andy” to raise money for the wife and three-year-old son of Andrew Richardson, who died September 1. Richardson was the sales manager/operations at the Minneapolis-based Z Vex Effects, and a respected musician on the city’s music scene for his work in several bands, most notably the Crush, which was signed to Billie Joe Armstrong’s Adeline Records and in 2002 opened a string of dates for Green Day at London’s Wembley Stadium.

EarthQuaker Devices’ Julie Robbins is appealing to fellow M.I. manufacturers, dealers, and artists to donate items to the auction, which will raise money for a memorial fund.

“If you can find a way to donate a pedal or pedals, an amp, guitar, or accessory, etc., it would be deeply appreciated,” she said. “We can even accommodate non-gear donations – perhaps a skype guitar lesson from a famous player, or autographed records or posters from bands who want to donate but don’t have gear to spare.”

The auction is being hosted by Reverb.com and will run from October 6 through October 12; deadline for submissions is September 19. Anyone wishing to submit an item can contact Robbins at julie@earthquakerdevices.com with a 800 x 800-pixel photo of the product and the following info: