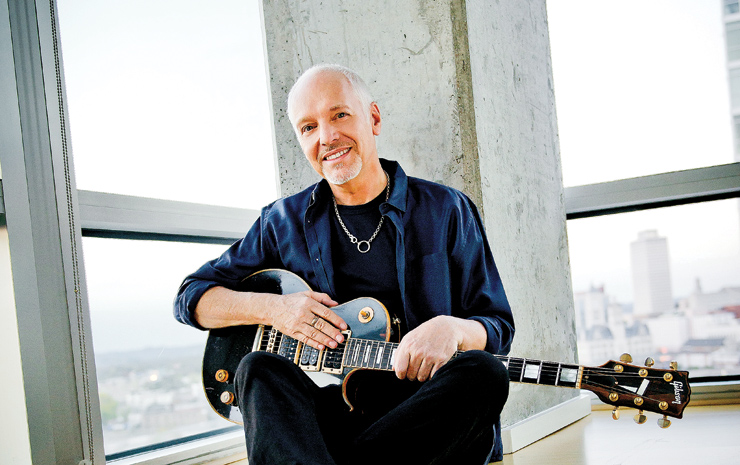 By the time Humble Pie reached “breakthrough” status in the U.S. thanks to its live album, Performance – Rockin’ the Fillmore, Peter Frampton had departed and begun to beat the odds by forging a successful solo career.

“When the album started selling like hotcakes, I wondered if I’d made the worst decision of my career thus far,” Frampton said. The band, with guitarists Steve Marriott and Clem Clempson, bassist Greg Ridley, and drummer Jerry Shirley, continued for several years.

Forty years later, all four 1971 Fillmore East concerts from which Performance was culled have been released as a boxed set.

Frampton and Shirley are co-producing the effort.

“It was very close to being released without our knowledge,” Frampton recounted. “Someone had re-mixed the tapes, and Jerry and I knew nothing about it until I was contacted about getting permission to release it. I said, ‘Wait… What are you talking about?’ They sent me mixes, which were not to my standards, and we said ‘If you want this out, Jerry and I have to be involved.’

“We downloaded the tapes, went into the studio, and started from scratch. Jerry and I went over every detail – every mix, every name.

“The sound is [now] vastly different because of today’s technology,” he said. “We were able to bring out so much more, and it sounds ‘bigger’. Ashley Shepherd did wonderful mixes, and if you play a track from the original and the same one, re-mixed, the difference is incredible.”

Those familiar only with Frampton’s solo career might be surprised at how hard Humble Pie rocked, and the influence of blues on their material.

“It was heavy rock, not heavy metal,” he clarified. “Blues or rock with Steve singing R&B all the time. When it came to solos, you had me with jazz influences and Steve playing harder riffs, so it was a mish-mash of styles that made Humble Pie so vibrant and lyrical.”

“I stripped it for him!” Frampton said. “Myself and Ian McLagen, from the Small Faces, went into the business of stripping guitars. Back then, everybody wanted wood finishes, so we started working on them in his flat in London. There were guitars hanging on strings everywhere!”

Frampton is grateful for the opportunity to supervise the expanded version of a classic album, and believes the finished product validates their effort.

“This is going to be around when I’ve kicked the bucket,” he said. “I’m thrilled about it, and Jerry was thrilled with how it turned out, as well.”

Perpetually active, Frampton is working on a collaboration with the Cincinnati Ballet, as well as live songs culled from his 2013 tour, which featured guests such as B.B. King and Sonny Landreth.

“I’ve been able to do exactly what I wanted to do,” he said. “Still, I wouldn’t trade my time in Humble Pie for anything. It was an incredible band, and I enjoyed every second.”