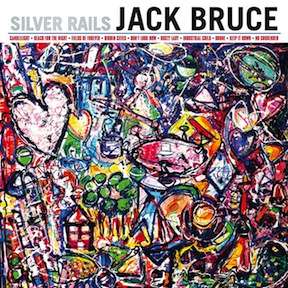 Pioneering bassist Jack Bruce, who rose to prominence as a member of Cream, is set to release his first studio album in a decade. Dubbed Silver Rails and set for release April 15, it was recorded at Abbey Road studios, London, and produced by Rob Cass. Musicians collaborating with Bruce on the album include Phil Manzanera, Robin Trower, Bernie Marsden, Uli Jon Roth, John Medeski, Malcolm Bruce, and Cindy Blackman Santana. He will begin a tour of the U.K. on March 13.