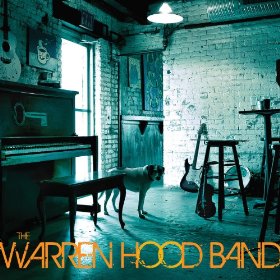 Not one but two royal bloodlines of Texas music flow through the Warren Hood Band. Violinist Hood’s father, the late Champ Hood, was one-third of Uncle Walt’s Band, along with David Ball and the late Walter Hyatt. Pianist Emily Gimble is the granddaughter of legendary fiddler Johnny Gimble, an alumnus of Bob Wills and His Texas Playboys.

Hood played with the South Austin Jug Band before cutting a self-titled solo CD in ’08, and also got session calls from such Austin fixtures as James McMurtry, Kelly Willis, David Grissom, Jenny Reynolds, and Eliza Gilkyson. But with Charlie Sexton in the producer’s seat, this is a step up from the mix of Western swing and jazz standards that’s been his comfort zone. The two opening originals, punctuated by Willie Pipkin’s lead guitar and Gimble’s Wurlitzer (and, of course, the leader’s soulful violin), show that Hood can rock without forsaking his roots. Before set’s end, he’s paid homage to both Hyatt and his dad, still demonstrating a strong identity of his own.

The only missteps are the vocal turns by Gimble. An asset on keyboards and harmonies, her lead singing, unfortunately, comes off as just one more Nora Jones imitator.

Gooch and the Motion