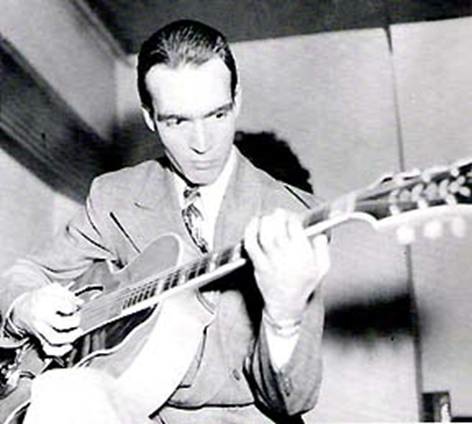 Guitarist Johnny Smith died of natural causes at his home in Colorado Springs on June 11. He was 90.

Many regard Smith as one of the most important musicians of the 20th century.

He was the recipient of the Smithsonian Institution’s James Smithson Bicentennial Medal presented, “in grateful recognition for your contribution to American music.” In 1999, his admirers organized a tribute at Hunter College in New York to celebrate his career. Virtually every major jazz guitarist from Martino to Mottola attended. Barney Kessel and Chet Atkins, both too sick to attend, sent statements of praise and admiration.

Smith’s prolific recording career yielded dozens of albums, many of which are still available. His hit recording of “Moonlight in Vermont” in 1952 became Downbeat Magazine’s number two jazz record of the year.

As staff guitarist at NBC in the 1940s and ’50s, he appeared on more than 35 programs a week. In addition, Smith recorded with the New York Philharmonic conducted by Dmitri Mitropoulos including Schoenberg’s “Serenade” honoring the composer’s 75th  birthday. The guitarist also appeared with Eugene Ormandy and the Philadelphia Symphony.

Smith, a pilot and outdoorsman, was unhappy in New York and told me that perhaps the most beautiful thing he ever saw was “New York City in my rear view mirror.”

“My life in New York was stifling. I had no time.” His wife at the time had died and he was left with young children to raise. But a serendipitous occurrence with Chet Atkins and the popular group the Ventures helped Smith realize a move to Colorado Springs. After hearing Atkins’ version of Smith’s composition, “Walk, Don’t Run” the group’s 1959 release of the instrumental reached number two on the charts. Then in 1964, their rerecorded release reached number eight. The proceeds allowed Smith to move and open a music store in Colorado Springs.

Yet he had to endure another tragedy. While adjusting the seat of his airplane he lost the tip of his ring finger. He said, “When the accident happened I was out for a year. The store wasn’t established so without the Ventures I don’t know if I could have survived.” He joked, “The Ventures came to Colorado Springs and I had them over for hamburgers. My son was really impressed but they weren’t too impressed with me. But I think the hamburgers came out all right.”