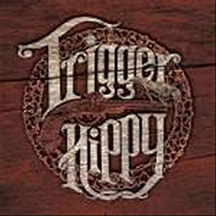 While the debut of Trigger Hippy features some musicians with familiar names, it’s not a “super group” in any sense of the word. That’s meant as a compliment, because the 11 songs here feature a band that is all on the same page.

They blend seamlessly into a band that probably fits the “Americana” label best and deals out tasty music that touches on blues, soul, country, and classic rock and roll.

Riff rock is an important element with “Tennessee Mud” and “Turpentine” showing the band laying down a foundation that is alternately funky and blistering. Speaking of blistering, the solo work on the loud and funky “Cave Hill Cemetery” combines fire with taste, a common element throughout the record.

The songs are well-written lyrically with the performances by all concerned contributing soul that makes this one of the finest rock records of the year.