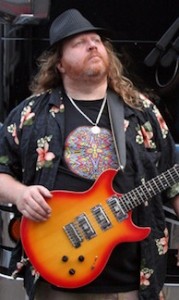 Brian Farmer, a longtime crew member for Gov’t Mule, passed away August 24, at his home near Nashville.  He was 53 and died in his sleep.

Farmer began working for Gov’t Mule in 1998 after being introduced to the band by bassist Allen Woody. He had previously worked for Johnny Cash and started by teching Warren Haynes’ guitars and serving as the band’s equipment/stage manager. He also worked for Haynes on other gigs, including the Allman Brothers Band, Warren Haynes Band, Grateful Dead, Phil Lesh and Friends, and other acts.

“Brian was a close friend, a devoted worker, and a lover of life,” said Haynes. “We traveled around the world together and shared many experiences – mostly while laughing. He will be missed by a huge circle of friends and family. He was one of a kind [and] knew a lot more about guitars and gear than I did, so I trusted him to keep things working so I could concentrate on the music.”

“Brian was a very dedicated, very loyal, very skilled technician,” said Bert Holman, manager of the Allman Brothers Band. “He would help anybody and everybody do their job. If something of Derek Trucks’ or Gregg Allman’s blew up, he’d be the first guy to grab a flashlight and run across the stage. His standard line to any request was, ‘Just tell me what you need.’ He always had your back, was kind to fans, and gave them as much time as he could without taking his eyes off the ball.”

“People like Brian are the backbone of all live music,” added Phil Lesh. “Without the hard work of folks like Farmer, we’d be lost.”