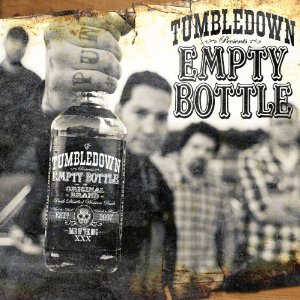 From punk to rockabilly – it feels like a perfectly natural progression for Mike Herrera. Part of the 1990s punk trio MxPx, Herrera has stepped back in, with his group Tumbledown.

Empty Bottle is rockabilly for a new era. While the band may tip its hat to the Sun sound, its music is current, with closer ties to punk and the alt country of Lucero, Old 97s, and Hank Williams III’s alter-ego Assjack band.

They kick off with “Places In This Town,” which is high-energy vintage country/rock and roll – but with a sheen that takes the music far from Memphis. “Dead Man Walking” is wrapped in glorious reverb and echoing guitar work, while “Drink To Forget” is no-apologies modern honky-tonk with a fine punk twang.