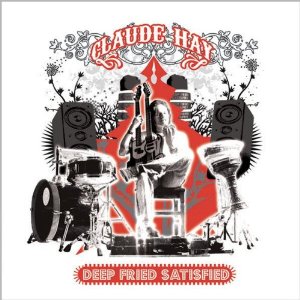 Australian Claude Hay is an intensely spirited one-man band. He works himself into such a frenzy performing his multi-layered songs (“How Can You Live Without Yourself”) they become improvisation-like outpourings of a man possessed.

Whatever his inspiration, Hay has a knack for writing unique songs. A superf luous cover of Queen’s “We Will Rock You” is easily outclassed by Hay’s far better original material. The rocking energy that infuses his music makes most of it (“On Hold,” “Friend”) a hair’s breadth from irresistible. Hay is an impressive multi-instrumentalist, a particularly excellent, thumping, relentless drummer/percussionist and bassist who also dabbles in sitar (“Don’t Forget”) and is an outstandingly facile guitarist who gets all sorts of eclectic sounds out of his two-neck electric guitar/bass, often using it to great effect as another percussion instrument.

The unfamiliar might approach this album with skepticism, but danged if they won’t come away impressed – and probably a fan. For sure, you’ve never heard anything like it.

Jake Armerding – Walking on the World