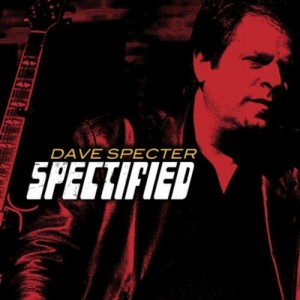 The latest from Dave Specter crosses genres and styles like a car with bad wheels crosses highway lines. But here, the outcome is a good thing.

Whether it’s soul, blues, jazz, or rock Specter can most certainly write a hook. His songs revolve around simple chords and a melody that dominates. The main line of “Stick to the Hip” is built on the simple type of guitar hook that makes you wonder why someone didn’t come up with it before. It’s also the perfect jumpingoff point for Specter’s soloing, which again, isn’t too fancy – but as soulful and fine as you need. The song has a decidedly soul feel.

While it glides through the originals and covers (including a fine take on the King Curtis classic “Soul Serenade”), the record also serves up the type of blues that have made him a fixture on Chicago’s blues scene for the past two decades. “Alley Walk” is a hard charging blues with a big riff and a biting slide solo from Specter. He wraps up the record with an acoustic country blues take on that song. His cover of “See See Rider” starts with a descending ninth-chord run that’s an obvious tip of the cap to T-Bone Walker, and turns into a showcase for his playing. Specter’s affinity for jazz players with blues leanings (think Montgomery, Green, Burrell) shines on “Azulado,” with its dreamy minor-key feel. Same goes for “Blues Call,” with Specter’s great tone and a solo that encapsulates everything from single-line work to chords to octaves.

Spectified is Specter’s first studio album in some time to include originals. He holds a unique place in the pantheon of guitar players, making soulful instrumentals that aren’t as easily classifiable as those by his peers, but they are an irresistible listen.

The Replacements – Tim, Pleased To Meet Me, Don’t Tell A...