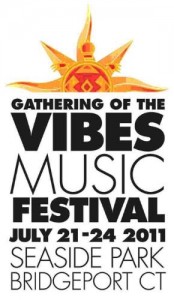 The second round of artist announcements will be made within the next two weeks. Vibes continues its tradition of embracing new, undiscovered artists, alongside legendary performers by reviewing 2,400 submissions via the Vibes website and Sonicbids, for an opportunity to perform in front of 20,000-plus music enthusiasts. Over 40 bands will perform on multiple alternating stages at Seaside Park’s 370-acre beachfront venue.

“Gathering of the Vibes continues its musical evolution and remains true to our roots with this year’s lineup,” says festival founder Ken Hays.