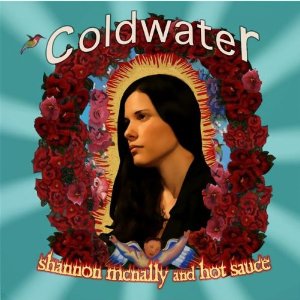 Shannon McNally still prefers to write narratives that favor punch lines over actual choruses or refrains, but on Coldwater, her songwriting is tighter and more disciplined than ever.

Lyrically (“Lonesome, Ornery And Mean”) and musically (“Lovely”) her songwriting style still owes a lot to late-’70s Bob Dylan (she even closes out this album with a crooning version of “Positively 4th Street”), but certainly, there are worse role models. McNally likes to operate in mid-tempo and “Lovely” and “Bolder Than Paradise” show she can bring things to a slow boil the way Dylan did in songs like “Hazel” and “You’re A Big Girl Now.” It’s an approach that indicates confidence in the strength of her material, something that shows in her guitar playing, too.

In concert, McNally often wields a Telecaster and handles a good chunk of her own emotionally propelled leads. Eric Deaton is the other guitar player, and though the album notes don’t give an exact breakdown much of the lead work has McNally’s country blues touch, it’s probably Deaton adding the grace notes and the solo to “Lonesome, Ornery And Mean” while McNally rides out the last few bars and takes the reins on “Lovely” and “Bohemian Wedding Song.”

After a strong start, McNally, has only gotten better over the course of a handful of albums. Coldwater is her best yet.