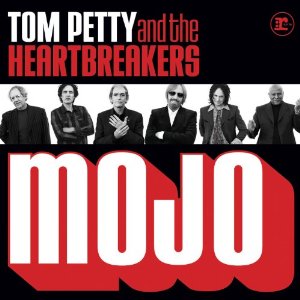 Even though it culled three decades’ worth of performances, maybe assembling last year’s four-disc Live Anthology reignited the mojo for Petty and company – with covers of Muddy Waters, Bo Diddley, and Booker T. & The MGs (not to mention the rootsier side of Petty’s British Invasion heroes Them and the Dave Clark Five) interspersed with Petty classics like “Refugee” and “American Girl.”

Technically speaking, this is the first Heartbreakers studio album in eight years – since The Last DJ. Whereas Petty exercised his Byrds/Burritos muscle on 2008’s Mudcrutch side project, this, as the title suggests, leans (mostly) towards the blues – from the opening “Jefferson Jericho Blues,” which borrows a riff from Doctor Ross’ “Cat’s Squirrel.” Following that with the spacey “First Flash Of Freedom,” Petty isn’t straying far from the open-minded repertoire shifts indicative of ’60s blues-revival bands like the Blues Project.

In both cases, Mike Campbell proves yet again that he is one of rock’s most versatile and tasteful lead guitarists – no doubt why this Heartbreaker also invariably appears on Petty’s “solo” releases.

On the Stax-fueled “Running Man’s Bible,” Petty takes a rare lead guitar turn, summoning a respectable Albert King on his ES-335. All band members’ equipment is listed, cut by cut; so that’s a Kay “Jimmy Reed” model Campbell’s getting his slide tone from on “U.S. 41,” and his Claptonesque “woman tone” on “Takin’ My Time” is courtesy of his ’59 Les Paul.

The album was recorded old-school – no overdubs, the musicians playing together in one room. With Petty, Campbell, and keyboardist Benmont Tench bandmates since the late ’60s (and the level of musicianship bassist Ron Blair, drummer Steve Ferrone, and multi-instrumentalist Scott Thurston bring), this is actually probably easier than layering tracks, in addition to the sonic benefits. It also just seems right for such a bluesy outing.