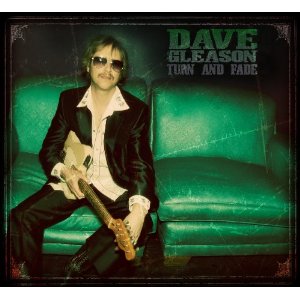 Dave Gleason’s third album, 2007’s Just Fall To Pieces, put the Californian country-rock scene on notice there was a strong new contender in town. Since then, his growth as singer, songwriter, and especially guitarist has been dramatic.

The easy-rolling instrumental opener “All Morning Long” sets the stage for this assured follow-up, showcasing Gleason’s hybrid picking without laying on too much flash. “If You’re Going Through Hell,” Gleason’s contribution to country’s tradition of great drinking songs, features some phase-shifted twang and Chris Lawrence’s haunting steel.

Whereas Pieces boasted such heavyweight cameos as Albert Lee, Joe Goldmark, and Jim Campilongo, Gleason supplies most of the firepower here (as on the extended “Pale Blue”) over a compact, supple rhythm section (at nearly nine minutes, it’s not likely to penetrate country radio, but you get the feeling Gleason isn’t overly concerned with that; there was too much tasty playing on the ride-out to edit it down).

Not surprisingly, his weapons of choice are mostly vintage – ’58 and ’59 Telecasters (the latter with a Parsons White StringBender), ’50s Martin D-18, and Custom Shop Silver Sparkle Tele through a couple of Vibroluxes.

Reverbed bass-string twangs punctuate the Byrds-tinged “Blue Side Of The World,” and electric 12-string (Lawrence again) chimes through “Radio 1965.” The “Buckaroo”-ish instrumental “The San Joaquin” offers an upbeat palette cleanser between the ballads “The Rails Don’t Run Here” and “Tonight” – the latter lifted by accordion and female harmonies – while Gleason performs the poignant “Wait For The Rain” solo acoustic.

Throughout, Gleasons of fers enough new wrinkles to stake his claim as more than merely another “new traditionalist.”