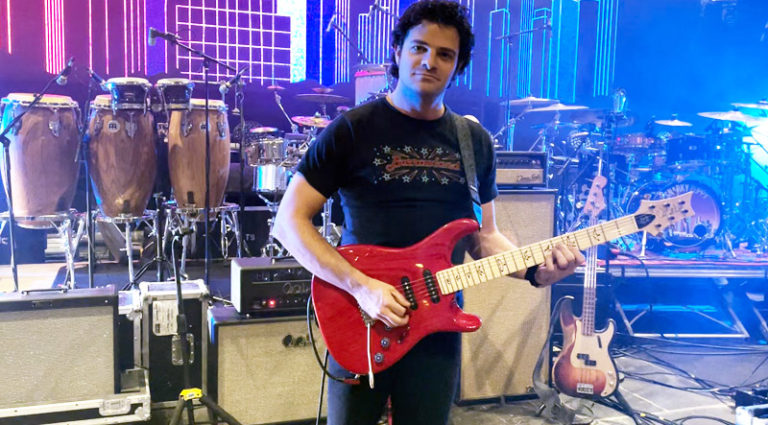 Snarky Puppy guitarist Mark Lettieri took a minute at soundcheck to use his PRS Fiore and lay down a piece of “Trinity,” a track from the band’s latest album, Empire Central. “I wanted a guitar that was a Swiss Army Knife but sounded good in all positions,” he said. “It was a dream come true to design a guitar with PRS.” Mark is one of three guitarists in Puppy, bringing his melodic thumbprint and a host of textures. Read our interview with him in the November issue. Read Now!