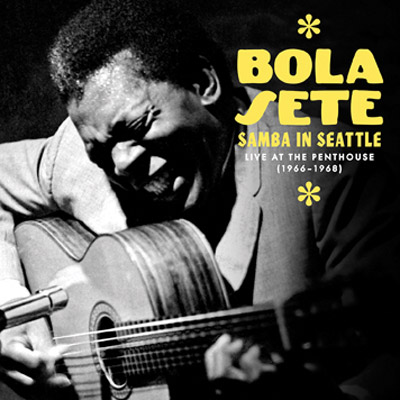 The uninitiated will wonder why they’re just now hearing such a guitar genius, while aficionados bemoan the fact Bola Sete isn’t a household name.

Previously unreleased, this triple-CD, subtitled Live At The Penthouse (1966-1968), offers an in-depth portrait of the brilliant Brazilian guitarist at the height of his powers. The 40-page booklet includes interviews with widow Anne Sete, bandmate Lalo Schifrin, and Carlos Santana, as well as Bola champions George Winston and John Fahey.

In spite of collaborations with pianist Vince Guaraldi and trumpeter Dizzy Gillespie, a legendary performance at 1966’s Monterey Jazz Festival, and being sampled by hip-hop acts, Sete isn’t as well-known as his talents merit. One reason may be that he straddled jazz, Latin, and classical genres, making him difficult to pigeonhole – but stylistic range was also his strength.

“Flamenco Fantasy” is expertly delivered, and the standard “Satin Doll” is transformed into a fiery samba, interpolating “Tea For Two.” He does justice to “Recuerdos de la Alhambra,” and none could interpret Black Orpheus’s soundtrack better.

Decades before cell phones captured live performances, we’re grateful to KING-FM radio’s Jim Wilke for recording these ’60s shows for posterity – and that they’re finally seeing the light of day.