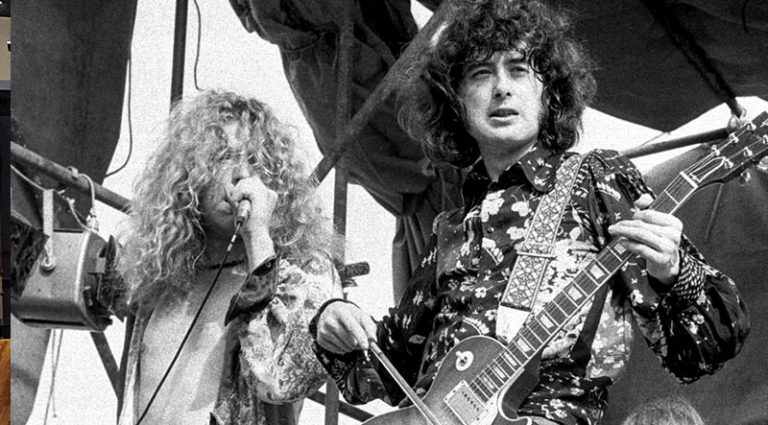 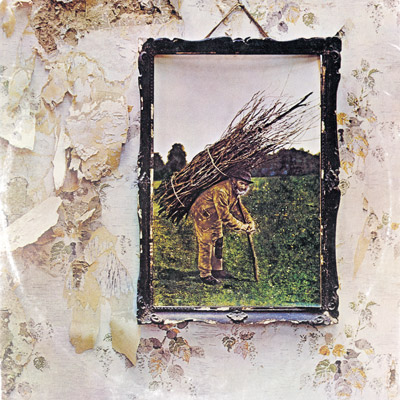 It’s impossible to overstate the influence Led Zeppelin’s “untitled” fourth album – call it IV, ZoSo, Runes, Four Symbols, whatever – has had on musicians of all stripes.

Released November 8, 1971, the album was a towering creative achievement that has been the subject of unequaled acclaim, speculation, and lore. Of its eight songs, “Stairway to Heaven,” “Black Dog,” “Rock and Roll,” “Going to California,” and “When the Levee Breaks” are today staples of classic-rock radio.

By the time of its release, vocalist Robert Plant, guitarist/producer Jimmy Page, bassist/keyboardist John Paul Jones, and drummer John Bonham (1948-’80) had become megastars for their powerful blend of rock, folk, funk, and blues. However, in the aftermath of criticism faced by the previous album, III, Page insisted this one be left untitled and have no writing on the cover – he wanted the music judged as a whole, not on the name “Led Zeppelin.”

The songs were mostly recorded at Headley Grange, an 18th-century manor house turned studio in rural Hampshire, England. The Rolling Stones famed mobile recording studio was delivered by pianist/crew member Ian Stewart, who was recruited to play the (uncredited) boogie-woogie piano heard in “Rock and Roll.” One other guest was included – former Fairport Convention vocalist Sandy Denny, who added the haunting harmony to the folky “The Battle of Evermore.”

The band lived and worked at the secluded/distraction-free Headley Grange, often gathering around the fireplace, where their camaraderie – and the house itself – bolstered their creativity. Page has recalled watching Plant writing the lyrics for “Stairway to Heaven,” which was written in layers to build momentum and gradually increase tempo, in defiance of musical “rules” the guitarist learned as a session musician. The iconic track features Jones playing the recorder and Page’s soaring ’59 Telecaster solo. The massive drum sound on the haunting blues howl “When the Levee Breaks” was achieved by leaving Bonham’s new kit in the enormous entryway where a delivery crew was told to drop it and employing Page’s now-famous “distance equals depth” technique by hanging microphones from the second-floor bannister.

IV reached #2 on the Billboard album chart and has since sold more than 23 million copies in the U.S. Its impact has spanned every generation of guitarist.

Heart has always been unabashed about its love for Zeppelin – guitarist Nancy Wilson (Vintage Guitar, September ’21) learned mandolin after hearing “The Battle of Evermore” and she counts the band’s 2012 performance of “Stairway to Heaven” in front of Plant, Page, and Jones at the Kennedy Center Honors as a career highlight.

“That album is insanely magical,” Wilson said. “Except for ‘Four Sticks,’ every song has been recorded or played live many, many times by Heart. Even ‘The Battle of Evermore’ was in our live set forever, and was part of the Singles soundtrack album; we recorded it as the Lovemongers.

“One thing I love so much about Jimmy Page is how he used dissonance in his playing. ‘Black Dog’ is one of those songs,” she added. “He does parts like in ‘Four Sticks,’ with these unexpected, dissonant intervals that were not just blues riffing. It was really off the wall.

“One of the things that made Zeppelin so incredibly special was that they weren’t just one thing. They were many things. When we were putting Heart together, we wanted that versatility like Zeppelin had. A lot of Heart fans at first would say, ‘I love your big rock stuff, but why do you have to play those wimpy ballads?’ And the other half would say, ‘I love your beautiful ballads, but why do you have to get so loud with the rock songs?’ There’s room in the sky for all of it, and Zeppelin proved that. They’re impossible to pigeonhole.

“IV is simply a masterpiece. It’s got all the beautiful nooks and crannies, and just so much character about it. It takes you to so many places.”

“I went home and asked my mom, ‘Who’s this Led Zeppelin guy?’ She laughed and said, ‘It’s a band… here.’ And she handed me her copy of II. I was absolutely floored by it. The first guitar solo in ‘Whole Lotta Love’ blew me away. Next, I got IV, and beyond ‘Stairway,’ ‘Rock and Roll’ was a big one. It taught me about the building blocks of rock and roll. It’s just blues and has the basic riff that’s been in most blues songs, but it was so hyped-up. It follows ‘Black Dog,’ and that one-two punch was so impressive.”

Even as a kid, though, Notto saw beyond the heavy-banging openers.

“The much simpler ‘Misty Mountain Hop’ stuck out to me, too, and I love ‘Going to California’ because it’s a beautiful song that encapsulates the times. Plus, it’s a Robert song; he was the hippie presence in the band, that free spirit.

“‘When the Levee Breaks’ is an iconic dirge; you just live in the sound of it, how it pulsates in this reverb-soaked cave, with compression breathing with the groove. It’s an incredible sound – a complete sound. Jimmy knew how to take a song and make it an experience.

“That’s what’s so genius about that whole record. Every song has a sound, and you hear the sound first, then you get into the nuances of the guitar playing, the drumming, and the lyrics.

“Zeppelin had an enigmatic, mysterious presence. They had this extra thing about them.”