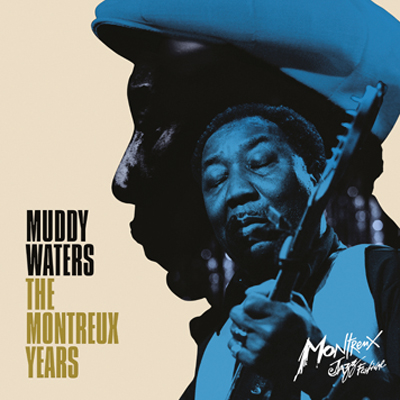 Muddy Waters’ extraordinary career was in its twilight during the ’70s, but the iconic bluesman was hardly limping to the finish line. In fact, the decade only cemented his hard-earned standing as a titan of American roots music, someone whose international profile had been on the rise since his first appearance in Europe in 1963.

It’s against this backdrop that Waters, on three occasions, took to the stage of the Montreux Jazz Festival, with highlights of each set captured on The Montreux Years, a 16-track compilation that features three distinct lineups, each with different accompanying guitarists – Louis Myers (1972); Buddy Guy and Terry Taylor (19’74); and Luther “Guitar Junior” Johnson and Bob Margolin (’77).

Many of Waters’ Chicago blues chestnuts (“Mannish Boy,” “Rollin’ and Tumblin’”) are presented here, and they’re complemented by the artist’s slow, evocative slide lines on tunes like “County Jail,” “Rosalie,” a take on Willie Dixon’s “Same Thing,” and the album-closing “Electric Man” (the latter two feature Junior Wells on harp).

There’s no shortage of ’70s Waters live recordings, but the varying lineups, quality sound, and the historic nature of Montreux makes this a welcome addition.