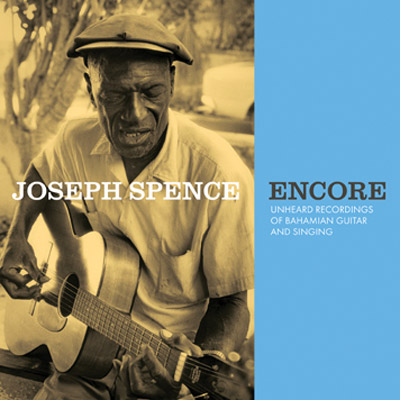 Imagine you’re a zoologist who discovers a new animal species never known to exist. There have been rare musical discoveries that rivaled that. John Hurt played nothing like a Delta bluesman, even though “Mississippi” was in his name – and his singing was anything but bluesy. Similarly, Mance Lipscomb was unknown outside a small part of Texas until he was 65, by which time he’d amassed a repertoire that was as eclectic as it was enormous.

Then there’s the late Joseph Spence. The Bahamian singer and guitarist first recorded in 1958, and the 13 songs included here, from concert and home recordings, come from a New York trek in ’65 – all but one unreleased until now. On spirituals or traditional folk songs, Spence grunts and growls somewhat like Popeye the Sailor Man’s scatting. Rather than strumming or maintaining a background rhythm, note clusters burst forth to match his vocal phrasing, separated by complex fingerpicked passages.

It took 37 years since his death for these recordings to come out, so the likelihood of more unreleased material surfacing is slim – particularly of this quality. Notable devotees include Ry Cooder, Richard Thompson, and Taj Mahal. What better recommendation does one need?