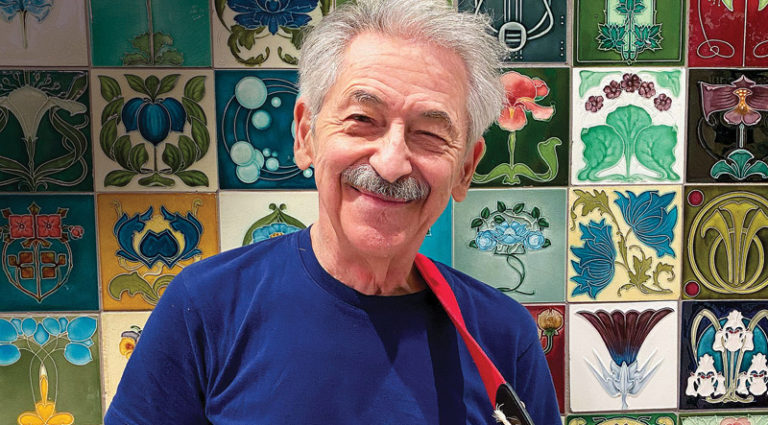 At the start of the new millennium, Playboy asked various musicians to list their favorite songs of the 20th century. Richard Thompson took the assignment further, beginning with “Sumer Is Icumen In,” dating from 13th-century England. Unfortunately, the magazine didn’t print his selections, but he launched a tour and live album titled 1,000 Years Of Popular Music.

Twenty years later, Peter Stampfel had a similar notion. He didn’t go back hundreds of years, but he covered the 20th century – literally. His ambitious project includes 100 songs, his favorite song from each year, 1901 to 2020.

Only an iconoclast like Stampfel could tackle such a task with such panache and eclecticism, belting out everything from “Take Me Out To The Ballgame” to “She Drives Me Crazy” with his familiar croak. The 82-year-old is best known as a member of what was called a “psychedelic folk” band, the Holy Modal Rounders. Multi-instrumentalist Stampfel and guitarist Steve Weber formed the duo in the early ’60s, eventually adding additional members (including playwright Sam Shepard). The pair also enjoyed a brief stint with the Fugs’ countercultural rock band.

On 20th Century, Stampfel plays banjo, fiddle, electric mandolin, and mainly “Juke,” his National steel-bodied ukulele strung with steel strings and tuned like a banjo. He explains, “J from banjo, plus uke from ukulele, equals juke.”

Jonathan Freilich, Michael Cerveris, and producer Mark Bingham handle most of the electric and acoustic guitar parts, with dB’s guitarist Peter Holsapple joining on an avant-garde-ballad version of the Ramones’ “I Wanna Be Your Boyfriend.” Other twists include 1960s “Running Bear” borrowing the “ooga-chaka” intro from Blue Swede’s “Hooked On A Feeling” and a blistering surf-punk take on “I Sold My Heart To The Junkman.”

Stampfel’s voice sometimes gets near a high note or two (“Goodbye Yellow Brick Road”), and for other selections, the singing and arrangement juxtapositions exhibit his sense of humor – satire never descending into caricature. But for one instance, the strange-bedfellows take on the Association’s “Along Comes Mary,” with solo clawhammer banjo backing, comes off unexpected but totally legit. And I’d take his version of Jimmy Jones’ “Handy Man” over James Taylor’s insipid cover any day.

The set’s insightful booklet includes the history of each song and Peter’s feelings and experiences with them. Without clobbering you over the head with it, the overriding message seems to be “Remember when music was fun.” For that, 20th Century succeeds admirably.

A different kind of trip is piloted by former postal worker Pat Conte. More than a mere record collector, Conte is an excellent folk musician and one of the foremost authorities on world music. He was one-half of the Otis Brothers, a roots-music duo with the late Bob Guida.

With bluegrass musician Randy Shulberg, a.k.a. “Citizen Kafka,” he co-hosted the radio show “The Secret Museum of the Air,” which ran on WBAI in New York from 1990 to ’96, then moved to WFMU – no longer running, but archived as a podcast. His basement of 78s and other ephemera is legendary and his collection has been used to compile albums including Anthology Of American Folk Music, Vol, 1-3, and the influential Harry Smith Archives.

Conte has also produced a series of CDs under the banner The Secret Museum of Mankind, and his vinyl installment Guitars, Vol. 1: Prologue To Modern Styles is the first new release since 1998. His expertise is evinced in both his selection of material and his extensive liner notes, contained in “Descriptive notes inside,” à la Folkways platters from the ’50s and ’60s, which include information about the artists as well as the instruments played.

The 78s (remastered with care by Don Fierro), rare instruments (depicted in spot-on drawings by Jeff Tocci), gatefold images of a woman with a parlor guitar, a Moroccan saz player, and Gypsy dancers – all come from Conte’s collection.

The tracks range from the harp-guitar of Italy’s Giuseppe Cammarato to a 1933 solo bouzouki piece by Jack Halkias and a home-recorded duet of Pierre Borel and Polo Quince, who appeared in the 1954 short Corsican Holiday. The Aguilar family play laud and bandurria on “Festa Mora,” while bowed dilruba and steel guitar are featured from India. Geographically, the program travels from Spain (flamenco guitarist Jeronimo Villarino) to Africa (the “Zulu guitar” of Moses Zwe-Zwe) to Quebec (the 1950 rock and roll of Les Freres Joyal’s “Petit Boogie”).

Perhaps appropriately, the set closes with a field recording of unknown guitar players from Papua, New Guinea, illustrating how so much important music is still unheard. As Conte writes, “It had the necessary charm to bid us farewell – until the gates swing open again for another installment of the SMM.” Here’s hoping the Museum of Mankind won’t be too Secret.