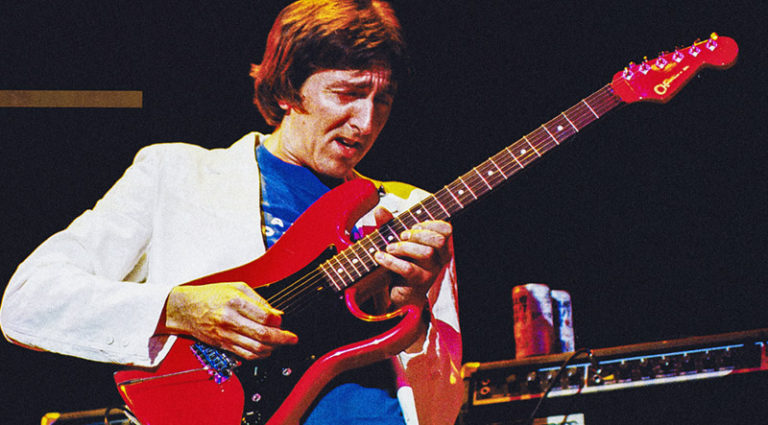 Jazz-rock fusion was vastly popular in the mid 1970s, but began to run out of steam as the “smooth jazz” of Spyro Gyra and Chuck Mangione simply became more lucrative. Even the superlative Weather Report had a radio hit with “Birdland.”

Bill Bruford was having none of it. The former Yes and King Crimson drummer had already cut one Bruford album with a crack band and, in ’79, got the same fusion aces together for another go. The resulting One of a Kind proved a masterpiece of the genre, moving away from long, wild improvisations and toward strong melodies with cracking performances from guitarist Allan Holdsworth and super-bassist Jeff Berlin. With four strong personalities, the sessions might have been chaotic, but renowned engineer Stephen W. Tayler (Tina Turner, Peter Gabriel, Rush, Jethro Tull) recalls that young Mr. Bruford had a firm grip on things.

“I’d worked with Bill on the first Bruford album, Feels Good to Me, as a young engineer,” he said when asked about the One of a Kind sessions at Trident studios in London’s Soho neighborhood. “He and keyboardist Dave Stewart (Hatfield & the North, National Health) did substantial pre-production, so by the time they arrived, Bill was organized and became the driving force. Studio time was expensive and we had a strict schedule. While most of the compositions and basic arrangements were predetermined, he allowed for a certain creative flexibility and development during the sessions.”

Another challenge was capturing each instrument clearly, as the music was complex and often uptempo. As such, Tayler deployed a classic studio tactic.

“The basic strategy was to capture live drums and bass as the basis for everything, with a guide keyboard and guitar track that could be expanded or replaced,” he said. “We were recording with 24 tracks, which meant drums were committed to five or seven tracks, bass on two others, leaving a number available for adding parts.

“Lead keyboard and guitar were added as overdubs – especially solo or feature parts,” he added. “Much of the composition was written or planned, with the exception of more-freely improvised solo work.”

At that moment in rock history, Holdsworth and Berlin were among the hottest fusion musicians alive, both fundamentally having changed the way players approached electric guitar and bass.

“Bass was usually captured by a combination of direct and amped recording,” Bruford said of recording most tracks at the Trident sessions. “I wasn’t particularly happy with the result of Jeff’s bass sound on this project, but we didn’t have a lot of time to make choices, especially at the mixing stage. The track ‘5G’ also had very early slap-bass and was a new experience at this time, but so many musicians were bending the rules, especially bass players like Jeff.” 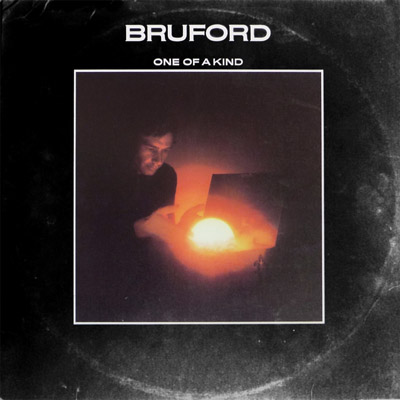 The late Holdsworth was another challenge, as his brilliance was often counterweighted by self-criticism.

“Allan was quite the character,” Tayler remembers. “I first experienced his work on the Gong album Gazeuse, which I mixed, then I worked with him on Feels Good to Me and the U.K. album. He was extremely focused and critical of his contribution, but very insecure about his playing, and never that happy about a performance. He wanted to keep doing things over, so we had to encourage him and finally tell him we’d captured it!”

Today, Holdsworth is revered as a guitar legend, but to Bruton, cutting the tracks at the time was just another day in a busy studio.

“For overdubs, we started to have Allan play in the control room while feeding his signal to the studio floor. I usually recorded one microphone close to his cabinet, then I’d set up another at some distance to pick up the room sound to a separate track so I could create a balance. I remember recording Allan playing his Strat in the control room as we monitored really loudly so he could control tone and feedback.”

That likely was the Strat modded by Dick Knight with two DiMarzio humbuckers and a bound fretboard.

Forty years on, Tayler has amassed a top-tier discography of production and engineering credits, including albums for The Fixx, Kate Bush, and Howard Jones, as well as old fusion friends like Brand X. Among the jazz-rock projects he worked, however, One of a Kind remains a high point.

“It was a definitive album for Bill. He was in control of everything. We had to make albums under very strict limitations of time and budget. Those four musicians were quite astonishing to work with – committed, fearless, and focused – and it was an amazing experience. Looking back, I think about what a lucky chap I was!”