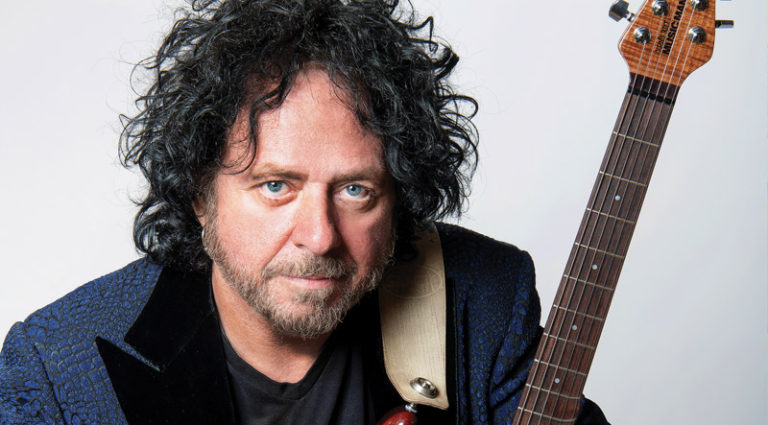 Steve Lukather has been a busy professional guitarist for 45 of his 63 years, as a founding member of Toto, revered session musician who played on countless hits, and solo artist.

Lukather’s latest project, I Found the Sun Again, is his eighth solo album. It features five originals along with Traffic, Joe Walsh, and Robin Trower covers. Lukather found the process invigorating and inspiring in the aftermath of Toto’s splintering amid a nasty lawsuit and the pandemic.

Last year, Lukather and longtime Toto vocalist Joseph Williams formed a new lineup – the 15th version of the band, and he’s been the only one in each. They worked on each other’s new solo albums – Williams’ is titled Denizen Tenant – as did keyboardist/vocalist David Paich, whose health now prevents him from touring.

“(The lawsuit) made me stronger and more focused and determined,” Lukather said. “At the time when we ended [in October, 2019], I didn’t have any music for a new record. I just knew I was going to do one. I work well under pressure. I figured I’d enlist help from some close buddies and make a record the way we used to do it in the old days, which was throw a chart in front of everybody, run it down once, and record. And that’s what I did.

“I hired the right guys, wrote some cool tunes, and did a couple of cool covers because I wanted to make a record that sounded like it was done in 1971 or ’72, but actually has the sounds of today, like hi-fi. No click tracks, no rehearsals, no demos. There was a lot of room for improvisation. I wanted to do kind of a jam-band thing, but with songs, and let everybody play.”

That freedom is especially evident in the covers.
“That was the point of those. I’m not trying to make a hit record. I’m not trying to do a single with Cardi B or something like that,” said Lukather, laughing. “I’m playing for my audience, I guess – the people who like what I do. I made this record for me, to see if I could do it this way, and that means playing the solos live – no fixing, nothing. I wanted to say, ‘We’re playing without a net here, boys!’ I wanted to see if I could make a record in eight days, which I did. One song a day, do a few overdubs, and I’d do a vocal that night.

“I tried to under-produce the record as opposed to overproduce it, which (Toto is) so famous for. I just wanted to see what it was like not to have any pressure on me to do anything other than what I wanted to do. So yeah, it’s a bit of a vanity record, but at the same time, it’s a record nobody’s making anymore. It doesn’t sound like everybody else because sonically and playing-wise, I didn’t approach it the way a modern record is made. I approached it like records were made when we started doing it in the ’70s. You had to play.”

“Luke” is known primarily for his guitar prowess, but he sings on his solo work and sang lead/co-lead vocals on Toto classics like “Georgy Porgy,” “99,” “I Won’t Hold You Back,” “Rosanna,” “I’ll Be Over You,” and others.

“I sing, but I would never put it on my resumé,” he said. “I used to have to sing in my early bands because nobody else could. Then I got into bands with real singers. I’m good for a couple of tunes. I have a love/hate relationship with singing. I’m lucky I can do it a little bit, but it’s hard, especially live.”

The only guitar heard on I Found the Sun Again is his signature Ernie Ball Music Man Luke III – totally stock because he doesn’t believe in endorsing a signature guitar then playing a custom version that people can’t buy.

“That’s all I used, plugged into my Bogner Helios and a couple of stompboxes – boom! [The Music Man team] designed some ridiculously cool pickups. I’m able to get unique sounds out of them. I found a couple of interesting positions with different Tone and pickup settings, to get a throatier sound for the lead playing that’s a bit different from everybody else. They’re the most insane pickups I’ve ever played through. I can do everything with this guitar.”

Lukather is eager to get back on tour this year with Toto and again with Ringo Starr and His All-Starr Band. Dates are booked. He plays daily because that’s who he is.