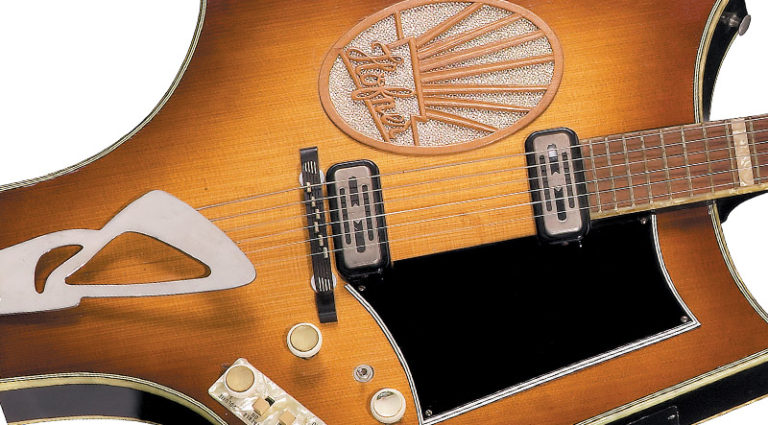 Much like the scant records of almost every large-scale American guitar manufacturer, production logs at Höfner’s headquarters in Hagenau, Germany, aren’t big on details. So when it comes to researching instruments built more than a generation ago, the facts are subject to the time-addled recollections of the human mind.

With a spruce top and maple back and sides, for as radical it was in terms of body shape, its materials were very typical of Höfner’s efforts in that era. “Inlays were celluloid, machine heads probably Van Gent, but they could also have been from one of the local makers,” said Graham Stockley, Guitar Product Manager at Höfner. “Bubenreuth, the city where Höfner was located until the early ’90s, was full of musical-instrument makers and they all made parts for each other – and it’s very difficult to find records of who made what for whom. If a builder needed something, they simply walked down the road and found what they wanted. There were no ‘official’ suppliers to Höfner in those days.” 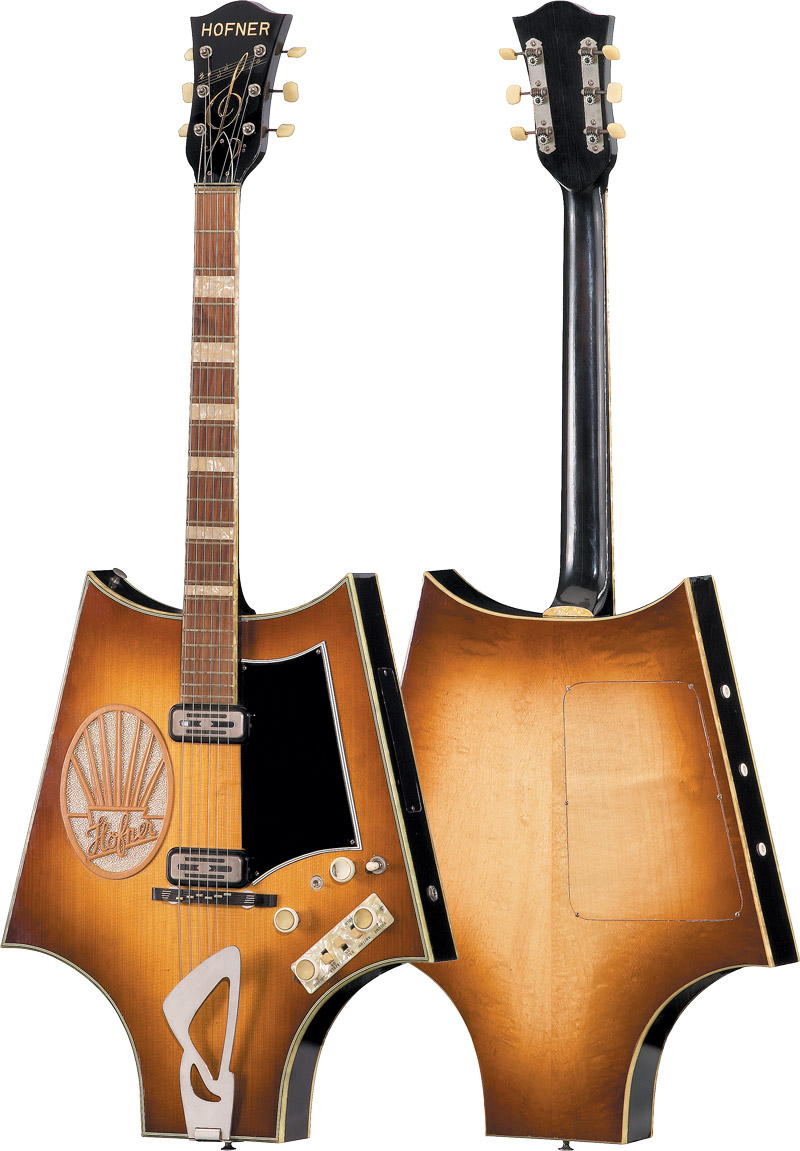 This article originally appeared in VG‘s June 2009 issue. All copyrights are by the author and Vintage Guitar magazine. Unauthorized replication or use is strictly prohibited.