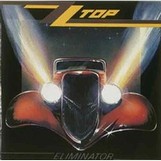 For its 25th anniversary, the most iconic of all ZZ records (one of the first albums to “go diamond,” signifying sales of 10 million copies) gets a much-deserved deluxe treatment, with the original 1983 album and seven bonus tracks on the CD, the band’s four memorable videos inspired by the album and four performances from British television on the DVD.

The Texas trio had already taken its revved up blues-rock to arena status with seven albums that produced such hard-riffing hits as “Tush,” “La Grange,” and “Tube Snake Boogie.” With Eliminator, they incorporated sequencers and multi-layered guitars without compromising their trademark roots. The resultant massive sound on songs like “Legs,” “Sharp Dressed Man,” and “Got Me Under Pressure” simply couldn’t be denied. As former Warner publicity head and longtime ZZ friend Bob Merlis says in the liner notes, “It’s almost an understatement to suggest that things have never been quite the same since.” That goes for the band and the very fabric of rock music.

Because the group’s personality is so bigger-than-life (the beards and outfits, their sense of humor, those videos), Billy Gibbons is simultaneously worshipped and underrated as a guitarist. Sure, he’s a Guitar God, but people forget just how good he is – a true original; adept on slide, lead, and rhythm; a tonemaster without peer. Likewise, the contributions of bassist Dusty Hill and drummer Frank Beard are invariably minimized. True, what they do isn’t rocket science, but if it were that simple all the imitators wouldn’t sound like rank amateurs.

Remastered from a mix of the album’s first pressing, the CD’s new paint job includes the original LP version, single-edit, and dance mix of “Legs,” along with sizzling live performances (check out “I Got The Six”), while the DVD has the trilogy of Tim Newman-directed videos (featuring the same three leggy babes) and a four-song live set from England’s “The Tube.” What’s not to like?