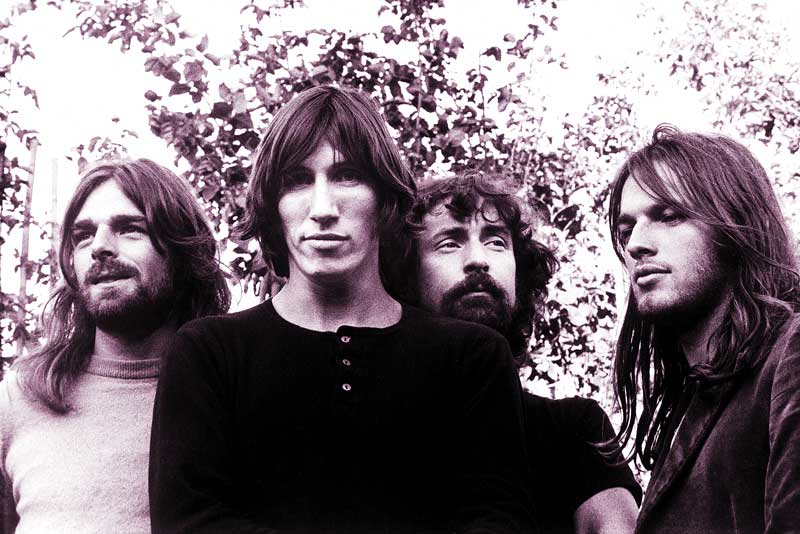 By any standard, Pink Floyd has one of the mightiest catalogs in rock and roll – a 14-album pantheon dating from 1967 to ’94 that has few rivals. Every so often, EMI remasters the batch with fresh sonics, and the latest round gives Floydheads serious reason to rejoice.
The big news is what’s being called the “Immersion” and “Experience” editions of Dark Side of the Moon, Wish You Were Here, and The Wall (the latter being released as a seven-CD/DVD set). The Immersion sets are expensive, multi-disc sets with CDs, books, new artwork, and swag, but cooler are the Experience sets, which are expanded two-CD editions. Every other disc in the Floyd catalog is being reissued as single “Discovery” discs that are simply remastered.

Dark Side and Wish You Were Here each include a second disc of concert material from ’74 at London’s old Wembley Stadium. This is significant because Pink Floyd is just about the only major band from the ’70s that never released a live album in its golden era. Therefore, a vintage recording of Floyd playing Dark Side in its entirety, as well as various tracks from Wish You Were Here, are almost revelatory – a veritable rock-and-roll Holy Grail. In addition, Floyd regularly auditioned new songs in concert. For example, you can hear fledglings like “Raving and Drooling” and “You Gotta Be Crazy,” which wouldn’t appear until the Animals album three years later – after that they became know more famously as the classics “Sheep” and “Dogs.”

While these are the band’s best-selling albums, Floydophiles will say these are merely the tip of the iceberg. For starters, you can’t really talk about psychedelic guitar without including 1967’s The Piper at the Gates of Dawn and 1969’s Ummagumma. The former is quintessential British psychedelia, with the late, great Syd Barrett (VG, April ’10) on guitar, a trailblazer whose echo-laced riffs provided a dark counterpart to the Beatles’ upbeat Sgt. Pepper’s Lonely Heart’s Club Band, which was recorded at Abbey Road just a few months earlier. Granted, these are stereo remasters and Floyd snobs often insist on the original mono mixes, but if you’re new to Piper, either will suffice. It’s one of the greatest rock albums of the ’60s.

Ummagumma, meanwhile, is a two-CD album that’s half live and half studio. The studio half offers rather pretentious solo tracks from each member of the band, but the live disc is stunning. Featuring new guitarist David Gilmour (who replaced the acid-casualty Barrett), this platter captures heavenly doses of psychedelia on tracks like “Astronomy Domine,” “Set the Controls for the Heart of the Sun,” and “Careful with that Axe, Eugene.” Rarely will you find better – or trippier – ’60s guitar.

Another subset of early Floyd are their soundtracks to French art-house films like More (’69) and Obscured by Clouds (’72). Of the two, More is beloved for superb Floyd tracks like “The Nile Song,” an uptempo rocker featuring heavy riffing and Strat solos from Gilmour, and the stunning ballad “Cymbaline.” The band had a major breakthrough in ’71 with Meddle, an album that saw it dispense with the psychedelic sound and finally crafting the modern, precise Pink Floyd sound. The record kicks off with a dueling electric-bass figure from chief songwriter Roger Waters and Gilmour on “One of These Days,” before Rick Wright lays in some echoey keyboard stabs and the guitarist assaults listeners with the most ferocious lap-steel riffs ever committed to vinyl. You can point to this pivotal instrumental and say the ’70s Pink Floyd sound began right here. It’s a seismic moment.

Throughout this remastered Floyd catalog, of course, you can find legendary guitar and bass work from Gilmour, Waters, and Barrett, all etched in spectacular fidelity by engineer James Guthrie, who also co-produced The Wall. Take your pick; “Time,” “Comfortably Numb,” “Lucifer Sam,” “Shine On You Crazy Diamond,” “Echoes,” “High Hopes,” and other tracks that capture the band’s elusive, ethereal guitar magic. The one debit in the series is the lack of an Experience set for Animals, the quartet’s 1977 masterwork. Enough concert material exists in bootleg form for a second CD, but it hasn’t yet seen the light of day. Regardless, there’s never been a better time to indulge in a six-string head trip through the universe of Pink Floyd. Climb aboard and enjoy this trip to the dark side of the moon. 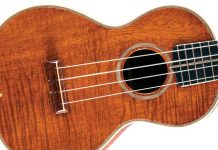