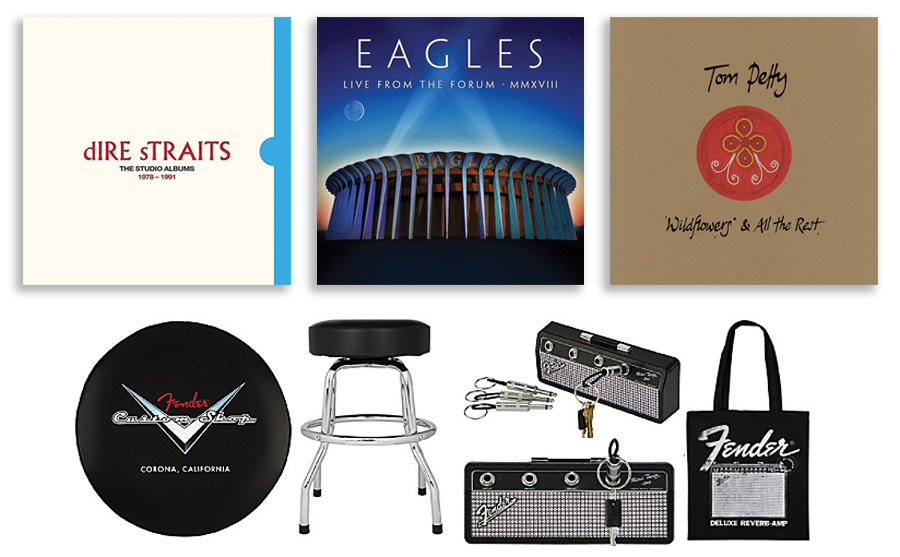 Warner Records, Rhino Records and Vintage Guitar are teaming up to Give you your chance to win a set of new vinyl releases  from Dire Straits, The Eagles, and Tom Petty courtesy of Rhino Records and Warner Records along with a Fender gift pack including a Fender Custom Shop stool, Jack Rack, and Deluxe Reverb tote. A value of more than $500. 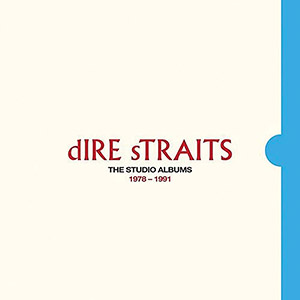 Dire Straits just released a new, career-spanning boxed set that includes all six of their classic studio albums on October 9th! Dire Straits: The Studio Albums 1978-1991 will be available via Rhino Records as 6-CD and 8-LP, 180g vinyl sets. The CDs are housed in mini-LP replica sleeves, all within a deluxe clamshell box, and they include posters with original art, photos, and lyrics. The newly recut 8 LPs feature original packaging and come in a beautiful slipcase. Order Now! 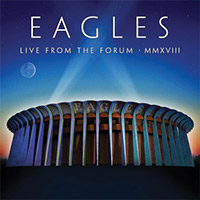 The Eagles are releasing Live From The Forum MMXVIII on October 16th via Rhino Records! This definitive, 26-song live album and concert film was recorded over three nights at The Forum in Los Angeles in September 2018 and features epic performances by Don Henley, Joe Walsh, Timothy B. Schmit, Vince Gill, and Deacon Frey. Order Now! 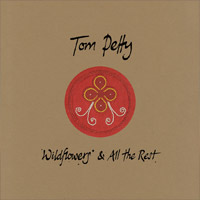 Tom Petty Wildflowers & All The Rest Deluxe Box Set. Tom Petty’s beloved 1994 album Wildflowers is being reissued on October 16 via Warner Records with unreleased tracks, demos, live versions, and alternate takes. It contains 54 tracks, 8 unreleased songs, and 24 unreleased alternate versions. In addition to the 15 track original album (remastered on two LPs), the deluxe edition contains the album All The Rest(10 songs from the original Wildflowers sessions), a double LP of 15 solo demos recorded by Petty at his home studio, and an additional double LP of 14 live versions of Wildflowers songs recorded from 1995 – 2017. The deluxe packaging includes a 60-page book, an introduction by Rick Rubin (the original producer), an essay by David Fricke, a complete track-by-track, and rare photos and specially commissioned illustrations. Order Now!

Along with a Fender Custom Shop barstool, Deluxe Reverb-Amp tote bag, and a Jack Rack to hang your keys!