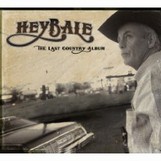 The album, recorded live in Lewis’ home studio, has no overdubs (save for vocals) and no retakes, except for fun. And this disc is a flat out blast.

Claxton was a real find, putting his all into Tom T. Hall’s “That’s How I Got To Memphis” and making a heartbreaker of his own with “House Of Secrets,” a ’70s-style cheatin’ song that would also have been a winner in the hands of the late Tammy Wynette.

Volkaert’s Telecaster wizardry, from his Roy-Nichols-meets-Chet-Atkins solo on “Guess Where I’ll Be This Morning” to the faux pedal steel on “Heybalin'” will have guitarists smacking their foreheads in wonder and appreciation.

But the whole band (and its auxiliary, like fiddler Erik Hokkanen, who wrote the instrumental “Heybalin'” on the spot) is working at the happy nexus of inspiration and virtuosity. There’s no missing the kicks they’re having, rolling expertly through the Western swing of Bob Wills’ “Hang Your Head In Shame,” voiced by Volkaert in a Dave-Dudley-like baritone too rare (and much missed) in contemporary country music, to the honky-tonk of Haggard’s “Mr. Record Man,” to top-notch originals, including their “lost” Haggard song, “California Wine.” Listening, you’ll be hard pressed to wipe the grin off your own face. That is, as long as they’re just kidding with that title.


This article originally appeared in VG‘s Sept. ’08 issue. All copyrights are by the author and Vintage Guitar magazine. Unauthorized replication or use is strictly prohibited.