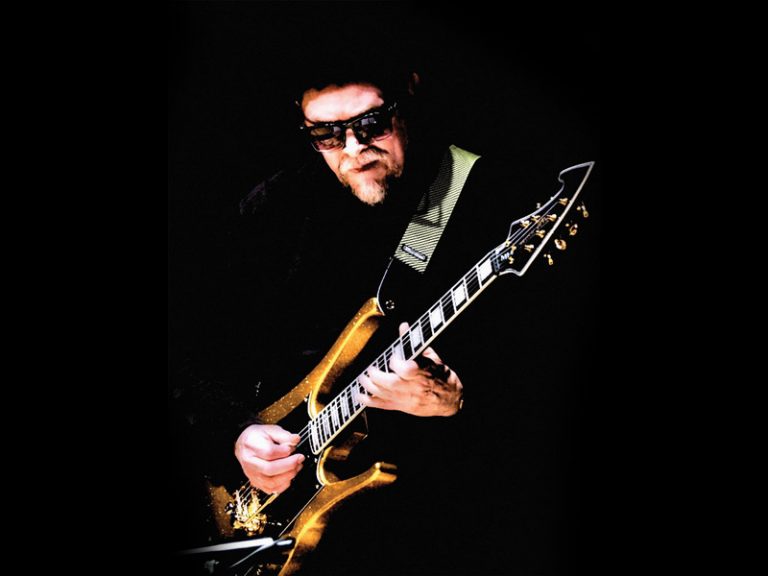 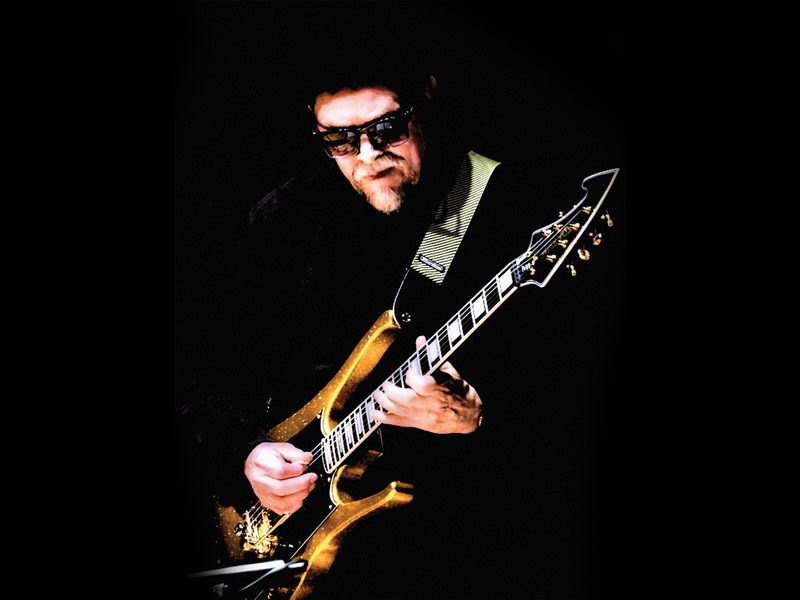 Bill Nelson is one of the unsung heroes of British rock guitar. From his ’70s work with Be Bop Deluxe through a lengthy solo career, Nelson has delivered powerful, artistic songs and thrilling solos brimming with taste, chops, and soul. His latest, Songs for Ghosts, was cut in his studio in North Yorkshire, England, and reflects his Be Bop Deluxe roots.

You release a few CDs every year. Where does Songs for Ghosts sit in your catalog?

It has elements from several periods of my history; there’s rock, psychedelia, instrumentals, a little jazz, some twangy stuff… I have 14 new albums waiting for release. I really love recording. It’s akin to painting with sound.

Your lead style doesn’t rely on blues clichés – the interweaving arpeggios suggest you listened to jazz.

Improvisation is very much at the heart of my soloing. When I was very young, I was surrounded by the music of swing bands because my father played sax and led bands in the ’40s and ’50s. Later, I discovered Django Reinhardt, Joe Pass, Jim Hall, Barney Kessel, Kenny Burrell, and particularly Wes Montgomery, who like myself couldn’t read music. I rarely play the same solo twice – I like seeing where the wind will carry me.

You must’ve been a young teen when instrumental rock arrived, circa 1960.

I loved that era. It was Duane Eddy who kick-started my infatuation with electric guitar and “Because They’re Young” hit so many spots for me. My mother bought it when I was in bed with flu because she knew I loved hearing it on the radio. I made a cardboard guitar and painted it to resemble Duane’s Gretsch. I’d mime in my bedroom mirror. Duane’s music led me to the Ventures, Hank Marvin, the Spotnicks, Peter Jay & the Jaywalkers, and the John Barry Seven with Vic Flick on guitar.

Did you ever meet Duane?

I had the privilege to present him with a Mojo magazine Icon award a few years ago. Such a future was unimaginable when I was a 10-year-old kid living in a small town in Yorkshire.

Which guitars did you use on Songs for Ghosts?

I’m a big fan of contemporary guitars that nod to quirky instruments from the ’50s and ’60s. My Musicvox MI-6 has a retro-futuristic look, as does my Backlund Model 100. My Nelsonic Transitone signature model made by Campbell American, and my Astroluxe Custom and Cadet signature guitars made by Eastwood are on the album, too. I also used classics by D’Angelico, Gretsch, Gibson, Fender, Guild, and Peerless.

How do you get your guitar sounding so lush when recording?

My most-used processor is an old Line 6 Pod II. I don’t know what it is about that processor, but it has a very nice way of dealing with the tones I love. For gigs, I use a Zoom 9050S digital processor and a Digitech Valve FX. My newest is a Fractal Audio Axe FX II XL.

You’re back to performing live. How are you feeling and what are you plans?

I’m a diabetic, which affects my vision. I’m also deaf in one ear from years of being exposed to loud music – as they say, old age isn’t for sissies! Nevertheless, I have an absolute and continuing love of music. It has been my saving grace, and guitars are at the heart of all that. – Pete Prown