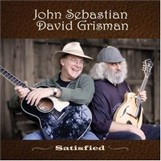 The Grateful Dead & The Doors