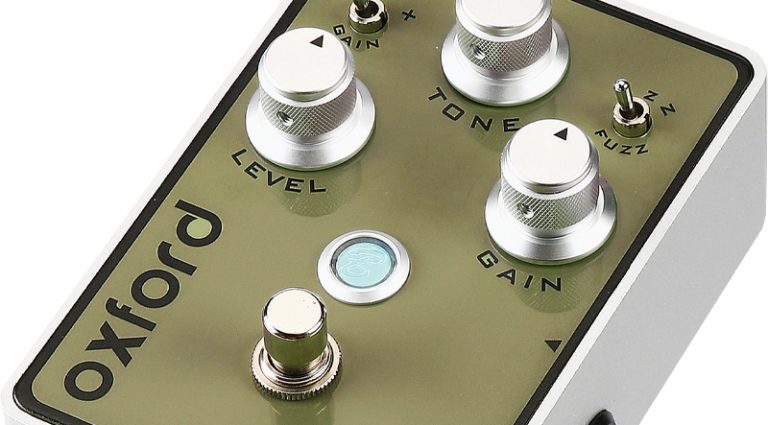 Teaming with Rupert Neve, Bogner Amplification has developed a line of pedals based on its renowned amp channels. One result, the Oxford Fuzz, is a smooth and highly refined fuzz with unmistakable tone and feel.

Clearly, Bogner invested a lot of thought in the details of the Oxford Fuzz. So how do they all come together? To find out, we unshelved a Fender Blues Junior 1×12 and a Les Paul Standard with Burstbucker pickups.

The Oxford produces a smooth fuzz with a thick and harmonically rich tone with a surprising amount of touch-sensitivity. Even with an over-the-top grainy fuzz dialed in, the pedal maintains a buttery tone – clear and complex, thanks no doubt to the Neve transformer. Between the three-way Fuzz Mode switch, two-way Gain, and Tone control, the user can access a huge variety of fuzz/overdrive tones, from organic and mild transistor ’60s overdrive to out-of-control sustaining fuzz.

With its quality build and thoughtful componentry, the Bogner Oxford Fuzz will raise the grade of most any guitar setup.