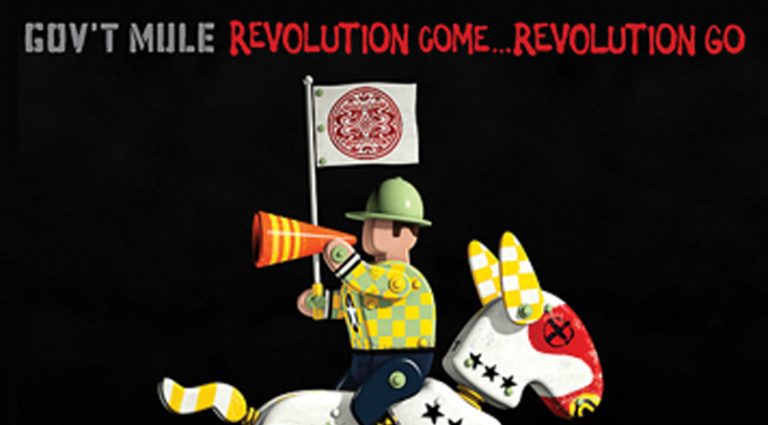 Gov’t Mule’s 10th studio album treads the similar hard rock meets southern blues territory of past albums, but with the added dimension of the polarized social and political climate of the United States.

Triple-thick power chords laced with lustrous organ permeate the album with Warren Haynes’ beautifully gruff, Southern-fried rasp up top. The band consists of Haynes on guitar and vocals, drummer Matt Abts, Danny Louis on keys, and bassist Jorgen Carlsson. Produced by Haynes and Gordie Johnson, the album also features the production talents of Don Was on the songs “Pressure Under Fire” and “Dreams & Songs.”

The album is a landmark in Haynes’ songwriting as he expands his ideas lyrically and thematically, conjuring a diversity of influences, as with the gospel-imbued “The Man I Want To Be” and the clean R&B soulfulness of “Sarah, Surrender.” While the single “Stone Cold Rage” is classic Gov’t Mule with it’s “Funk #49”-inspired riff, the funk-fused title track yields hip compositional twists, jamming, and sarcasm in the face of adversity.