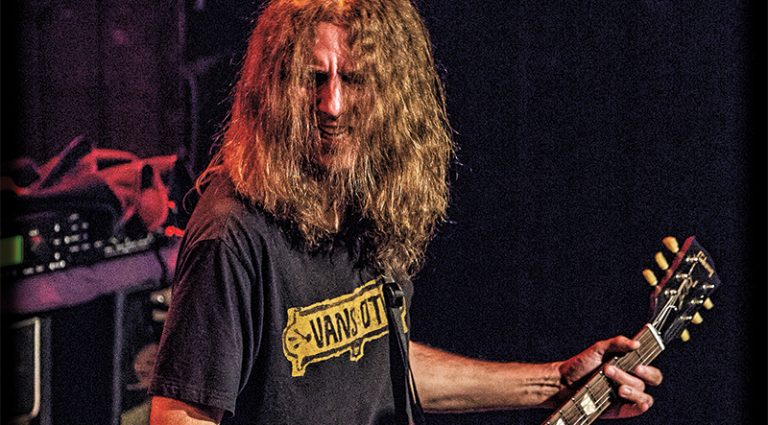 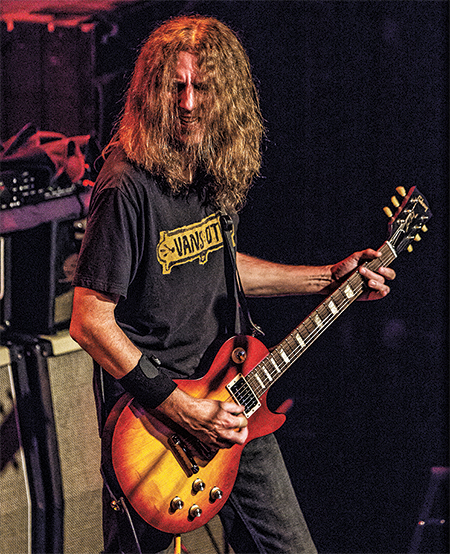 King’s X guitarist Ty Tabor is on a roll. Despite the band being on hiatus due to bassist Dug Pinnick’s health issues, Tabor stays busy with side projects like Jelly Jam, with Rod Morgenstein and John Myung. He operates an audio-mastering facility and his new solo album, Nobody Wins When Nobody Plays, showcases idiosyncratic melodies, evocative lyrics, and rich guitar tones. Tabor recently give us an update.

The new album is impressive.
Thanks. It’s been three years and nine months since my last release. I had a lot of stuff happen in the last three years where I diverted from it quite a bit, including moving to a different state and the studio being shut down for a while. I did a new Jelly Jam album, including all the mixing and mastering – those records are a big ordeal. We actually did another Jelly Jam album that’s ready for me to put vocals on. Then with King’s X touring… that’s why it took so long.

Are you always writing, at least when life isn’t getting in the way?
Yes. That’s my therapy. I use to have another therapy, motorcycle riding, but I can’t do that much anymore. Nowadays, I write more music and I’ve been getting into it mainly over the last three or four years. I’ve written an entire instrumental album worth of music, another album on the way, and all the Jelly Jam stuff. It’s just write, write, write, and there’s always a place for it, which is great. It’s been a highly prolific time, and I just can’t seem to drag myself away.

Does the album’s title reflect an overall theme?
I don’t think there was any intentional over all theme other than life and the state of life in America, if you watch TV and pay attention to news and politics. I think that’s pretty much what’s been driving most of the stuff I’ve been writing for the last several years. It’s kind of scary because you have to disguise things sometimes. I enjoy doing that more than being dogmatic about a theme or an idea, even though a lot of stuff that I write can sound very dogmatic. I hope that it’s dogmatic without actually pointing to what it’s being dogmatic about (laughs). That way, someone can place it in their own life. That’s my favorite way to write. I like music to be the thing that draws everybody together, not a polarizing thing.

You used Les Pauls on this album. Why the switch?
When King’s X first started, I was playing a ’76 Les Paul Custom. It’s on the new record. I also play a Les Paul ’50s Tribute, and it’s my favorite Les Paul. It’s a little lighter than the real ’50s, but has the same neck, body thickness, feel, and vibe. I’ve been playing it almost exclusively.

What led you back to the Les Paul?
I was a Les Paul guy before King’s X got signed. Two years before, I started playing a Strat because somebody else I was playing with wanted one on their music, so I got an ’83 Elite for that project, then tried it with King’s X. At first, nobody was impressed. They thought it was too jangly and not heavy enough. But, it did have some kind of magic, so I didn’t give up on it. I kept playing it for a couple of years, and it was right around the time we got signed. I mentioned to Dug and Jerry that I was thinking about going back to a Les Paul, and they were like, “Nooooo! We love the Strat!” It evolved into something where everyone was liking it, and it became what I was known for.

One of the things I really dig about the ’50s Tribute Les Paul is that it has Alnico V magnets in the pickups, which give it a little more clanky articulation. It keeps it sparkling clean when I roll down the Volume knob. Because of that, I’ve had several people tell me that this Les Paul is the closest tone to the Elite Strat, because it has a lot more oomph to it than a normal Strat. The ’50s Tribute is a little cleaner than a normal Les Paul, so it’s very close to that combo.

You’ve always transcended the wire and the wood, regardless of the guitar.
Thank you. It’s weird, because it hasn’t been until recently that I’ve learned to accept that as a good thing.