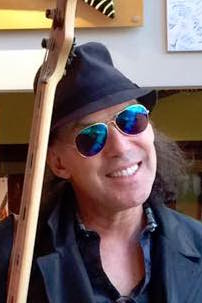 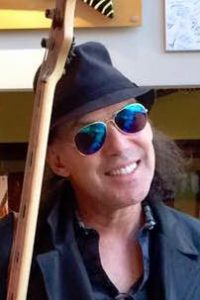 Elliott Rubinson, longtime owner of Thoroughbred Music and founder of Armadillo Enterprises, passed away February 6 after a battle with cancer. He was 62.

Rubinson was 21 when, in 1975, he converted a side gig selling used musical instruments out of his basement into a 700-square-foot building in Tampa and called it Thoroughbred Music. In ’93, he bought the renowned Kapok Pavilion, in Clearwater, which had been built in the ’50s as the Clearwater Kapok Tree Inn and became a major tourist destination that included souvenir and gift shops along with a nationall recognized restaurant. Rubinson converted the 87,000-square-foot facility to an elaborate vintage-instrument store. Eventually, Thoroughbred had six locations and published a widely read retail catalog.

In ’94, Rubinson founded Armadillo Enterprises to build flight and tour cases. The business expanded to become a distributor of guitars, basses, and drum products. In ’97, the company purchased Dean Guitars, then co-founded Luna Guitars in addition to purchasing ddrum in ’05. In ’99, Rubinson sold the Thoroughbred chain to Sam Ash Music to focus his attention on expanding business at Armadillo.

As a kid, Rubinson took to playing bass in order to keep his spot in the neighborhood band. At first, he plunked on a converted Kimberly guitar before finding a Beatle-bass copy. Unlike many musicians who transition to the corporate side of the industry and give up their Bohemian lifestyle, Rubinson managed to live the dream as a performing musician and successfully run his companies. For several years, he played live shows with Michael Angelo Batio, Michael Schenker, Uli Jon Roth, Vinnie Moore, and Black Star Riders. While on the road, he would spend days tending to company business via phone and internet, then play gigs in the evening.

At the end of 2016, Rubinson named his son, Evan, president and CEO of Armadillo.

Rock to the Rescue Raffling Guitar for Boston Charities