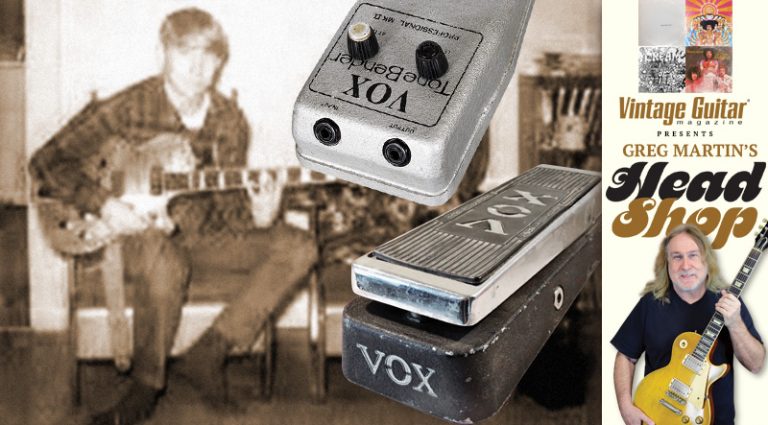 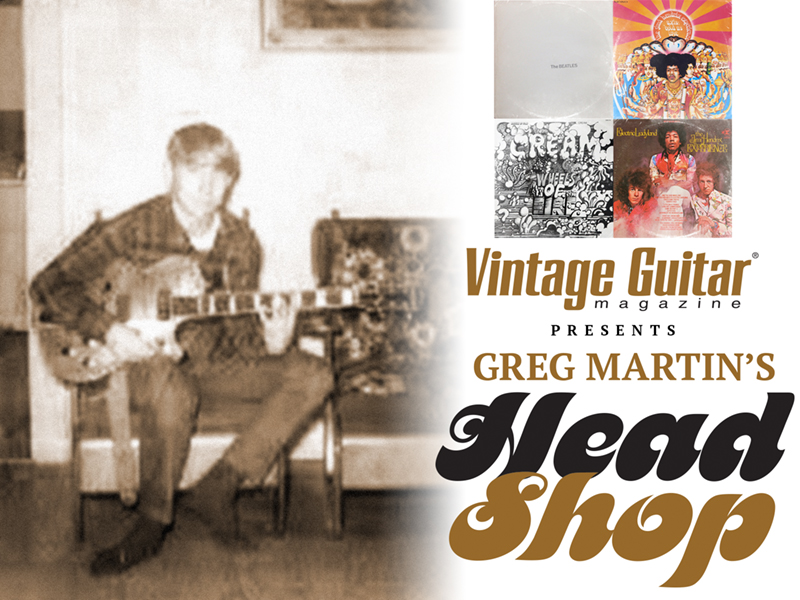 Well, it’s Christmas morning, I’m downing coffee, trying to get the brain fog to lift. As I was sitting next to the Christmas tree earlier, I reflected on Christmases past. 1968 was my favorite one ever; that’s the year I seriously started playing guitar and I joined my first rock band. Some folks are called to preach, some called to teach, that year I feel like God placed a divine love for music and guitar into my very being. As much as I fought that calling early on, it finally won in the late 70’s, and I pursued my life passion. 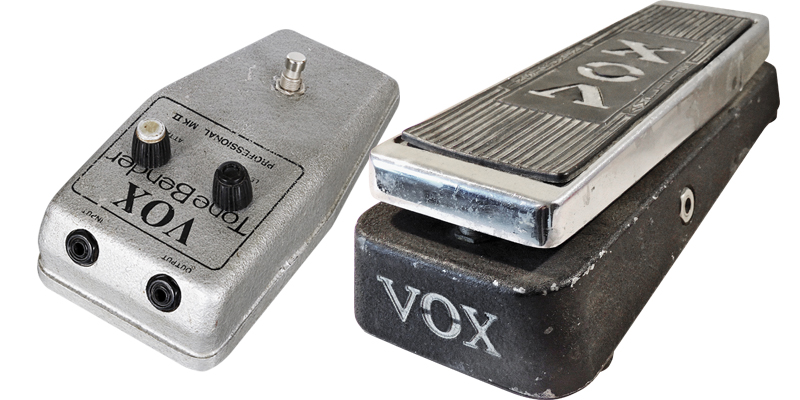 Earlier in the Fall of ’68, my older brother Gary gave me my first nice guitar to learn on, a 50’s Gretsch Silver Jet. My musical journey started on the old Silver Jet and I’d give anything to have it back again.

1968 was also one of the most important years of musical discovery in my life. That Christmas my Dad & Mom (now both deceased), gave me a Vox Tone Bender Fuzz Tone & Vox Clyde McCoy Wah-Wah pedal to go with the Gretsch Silver Jet and Magnatone amplifier. Well, that wasn’t all; I got the following 4 LPs under the tree to whet my musical appetite…. 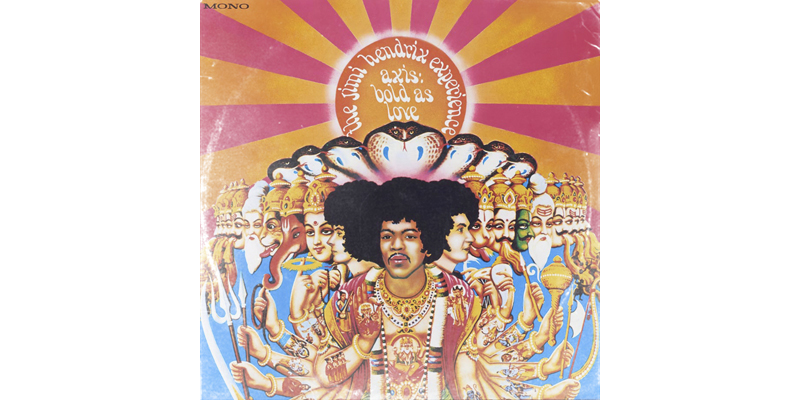 Axis: Bold As Love by the Jimi Hendrix Experience
Besides the late Chet Atkins, Jimi has had the most impact on me as a guitarist. I still marvel at his playing, vocal abilities and writing. Jimi broke down any racial barriers that existed with me early on. I can’t even categorize Jimi as black or white. To me, music has no color, just the way God intended it to be. Axis: Bold as Love shows Jimi had grown musically from Are You Experienced. My first introductions to a Wah-Wah pedal were on this LP, and “White Room” by Cream. 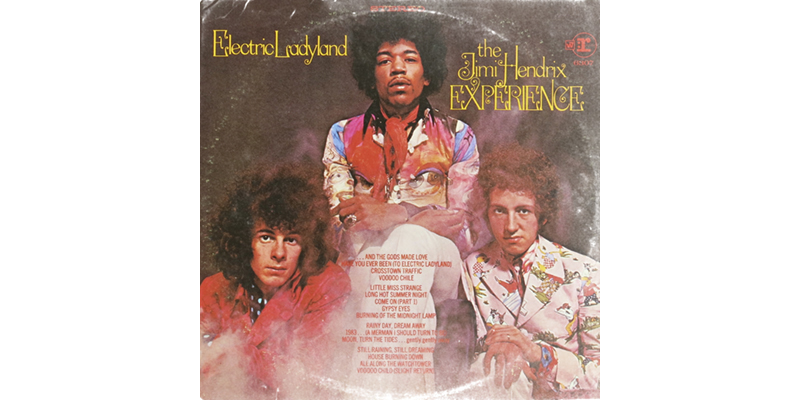 Electric Ladyland by The Jimi Hendrix Experience
I recently picked up the re-mastered CD of Electric Ladyland, it still sounds fresh today. “All Along The Watchtower” is one of those magical tracks that transports me back to the first time I heard it on AM radio living in Cedar Flat, KY (Metcalfe County). If you are a fan of Jimi Hendrix, his first three LPs are essential. 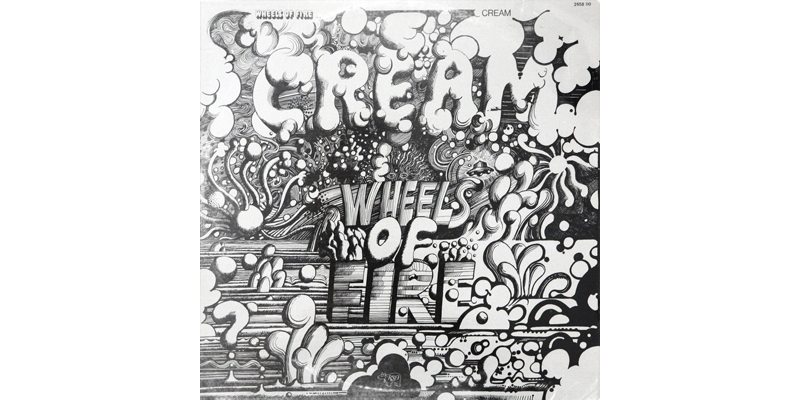 Wheels of Fire by Cream
By 1968, I was already in awe of Eric Clapton’s work on Disraeli Gears, which had “Sunshine of Your Love” as a big hit on AM radio. Wheels of Fire solidified my love for blues and rock music. The “live” versions of “Crossroads” and “Spoonful” on Wheels of Fire continue to inspire me today. Clapton’s tone and phrasing on the live sides are simply amazing. My favorite studio tracks are “White Room,” “Politician,” and “Sitting On Top Of The World.” Just a wonderfully rounded LP in general. And the artwork – it was the epitome of Psychedelia! 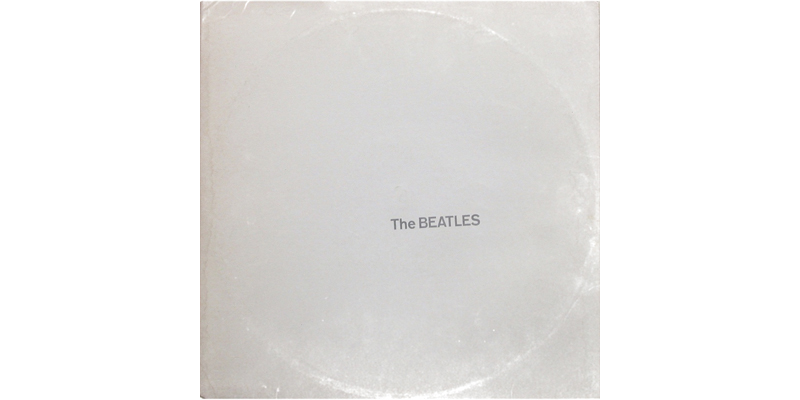 White Album by The Beatles
By the time The Beatles recorded The White Album, John, Paul, George and Ringo had expanded every musical boundary possible, broke musical rules and moved into a different realm as composers and performers. Little did we know at that time The Beatles, as a group, were disintegrating. The next year would see their demise. Regardless, harmonically and musically, they were still at top of their game and the standard by which all pop and rock music was measured. Even Eric Clapton turned in a stellar guitar solo on George Harrison’s masterpiece, “While My Guitar Gently Weeps.”

As you can see, the Christmas of 1968 was very special, the gifts I received that year are still with me in many ways….

As I get older, I get more sentimental about family, old friends, relationships, music and, of course, Christmas. I often think about the sacrifices that Maxie and Ruth Martin made for my brothers and I during the holiday seasons, not to mention the contributions my older Brother Gary made early on to see that I had nice instruments to play. And I know each of us could tell their own special story.

I wish everyone a Merry Christmas. May this year be as monumental as 1968 was to me.