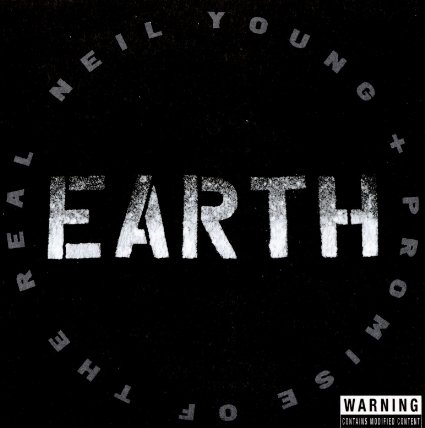 Neil Young often does whatever he pleases. And now, at age 70, that’s truer than ever. This new album proves the point: It’s a thematic concert combining new takes on 13 previously released songs, all interspersed with sound captures of birdsong, animals, and insects.

Young’s theme is caring for good old planet Earth, and the songs he’s culled come from a range of his past albums, including 2015’s The Monsanto Years, 1990’s Ragged Glory, and 1970’s After the Gold Rush.

The tunes were recorded during Young’s 2015 tour with Promise of the Real, which is fronted by guitarists Lukas and Micah Nelson – Willie’s sons. During the shows, Young performed solo and with the band, doing their best full-on Crazy Horse-style electric show.

“After The Gold Rush” is followed by “Human Highway,” from Comes A Time. The overall result is an intriguing mix of classics and deep cuts, all reframed and rejuvenated by Young’s never-ending creative spell.