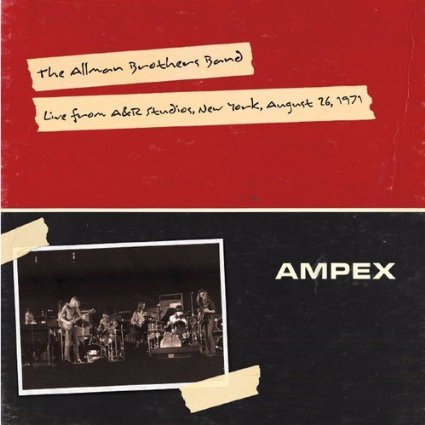 Recorded for a live radio broadcast just a couple months before Duane Allman’s death, this rediscovered collection showcases a band at the top of its powers. Yes, the set list and arrangements are close to the Live at the Fillmore recordings, but that’s no reason to skip this. Every member of the band is cooking and it’s obvious it was a great night for the assembled small audience that remains receptive throughout.

Duane Allman and Dickey Betts are nothing short of brilliant. Duane’s slide tone is perfect and his soloing nudges the band in directions that are always interesting. Betts, who doesn’t always get the credit he deserves, burns on every solo. One could apply a lot of words to both guitarists’ playing – melodic, soulful, bluesy, hot. Though it was included on the Allman Brothers boxed set, their weaving of “Soul Serenade” into “You Don’t Love Me” and the resulting improvisation is stunning.

Gregg Allman proves throughout to be as soulful a singer as you’re likely to find in the rock-and-roll genre. The rhythm section and their use of dynamics is as good as it gets.

Tough to hear this and not think of the original ensemble as the best American rock-and-roll band ever.

Cody Canada and the Departed