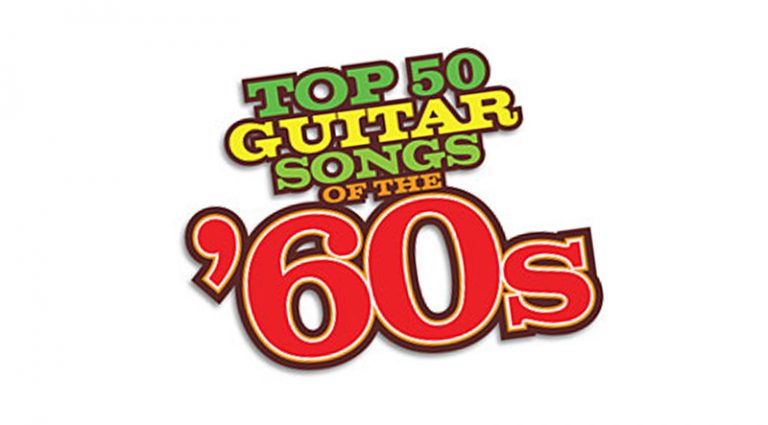 Data and info compiled by Alan Greenwood and Ward Meeker 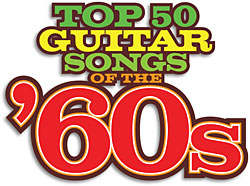 Vintage Guitar marked 25 years of publication with a year full of cool features that relied on feedback from readers who visit VintageGuitar.com. This month, we kick things off with the results of a poll to determine what readers believe to be the 50 coolest guitar-driven songs of the 1960s (VG added a bonus 25 for the online edition). The online poll told them it, “…could be an instrumental, could be a blues classic, could be a pop tune with a killer riff or solo.”

Here are the top 50 songs picked by readers. 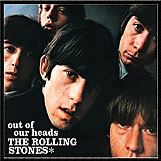 1 “(I Can’t Get No) Satisfaction”
The Rolling Stones, Out of Our Heads, 1965
The three-note lick came to him in a dream, and composer Keith Richards’ thought he might have been subconsciously ripping off Martha and the Vandellas’ “Dancing in the Street,” but the end result was the Stones’ first #1 hit in the U.S. Defined primarily by Richards’ fuzz-enhanced tone (created with the help of a Gibson-made Maestro FZ-1 Fuzz Tone, listen closely and you can hear him switch it as he transitions from the lick to the rhythm part under the verse, and back – not always smoothly!), it also gained notoriety for its lyrical references to nonconformity and, especially, sex; when the band played it on Ed Sullivan, censors bleeped “…trying to make some girl..” The song reached #1 on both the U.K. and U.S. charts, and spent four weeks there stateside. 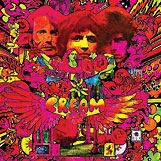 2 “Sunshine Of Your Love”
Cream, Disraeli Gears, 1967
The rhythm was created by bassist Jack Bruce and the groove comes courtesy of Ginger Baker, who created it after Atlantic Records producer Tom Dowd suggested he use the downbeat as the driving element, a la the drumbeats of Native American music. Eric Clapton’s Gibson SG runs through a Marshall stack (or two) to create the tone, and his phrasing in the solo borrows a bit from “Blue Moon.” The sum total is a simple classic that instantly influenced the likes of Jimi Hendrix, who jammed on the song during his own shows the week it was released as a single. Cream’s biggest U.S. hit, it reached #5, and today it is still part of most (if not all) Clapton concerts – usually the encore! 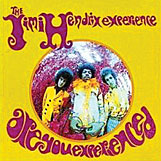 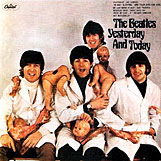 4 “Day Tripper”
The Beatles, Yesterday… and Today, 1965
Debuting with “We Can Work It Out” as the record industry’s first “double A-side” single, the track is introduced and driven by a lick created and played by John Lennon (likely on his Rickenbacker 325), doubled by Paul McCartney’s bass. As rock songs go, it’s a counterculture classic, with lyrical references to sex, drugs, and phony hippies. Listen closely during the instrumental break/bridge (starting at 1:20) and you’ll hear a funky ascending-chord accompaniment dubbed under George Harrison’s solo, which was recorded using a Gibson ES-345. To say Lennon’s lick “inspired” Nazareth’s hit single “Hair of the Dog” would be something of an understatement! 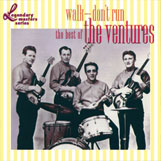 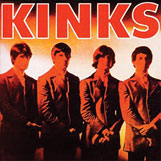 6 “You Really Got Me”
The Kinks, The Kinks, 1964
Giving the Kinks cred amongst the influx of British Invasion bands, some rock writers say this song “invented” heavy metal. Written by Ray Davies, guitarheads know the lore about how Ray’s brother, the 17-year-old Dave Davies (not Jimmy Page!) played the solo on a Harmony Meteor through an Elpico amp that he had “customized” by slicing the speakers with a razor blade to create a fuzz-like effect. The elder Davies says the goal was to write a big, crowd-pleasing/show-topper song. It worked so well, the band copied itself with its second single, “All Day and All of the Night,” and within a year, the Stones had recorded “(I Can’t Get No) Satisfaction” and the Who did “I Can’t Explain,” both with the same intent. Van Halen’s version – its first single – was recorded in 1977. 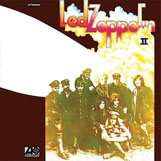 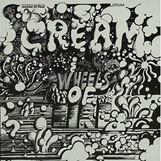 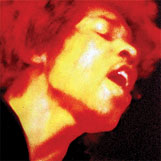 9 “All Along The Watchtower”
The Jimi Hendrix Experience, Electric Ladyland, 1968 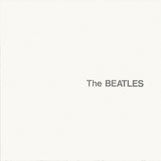 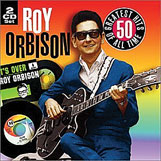 12 “Oh, Pretty Woman”
Roy Orbison, 1964
Released as a single, later on Orbisongs. Its lick was inspired by Orbison’s wife, who entered the room while he was writing. Van Halen scored a #1 hit with it in the early ’80s. 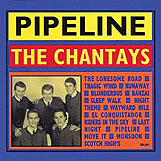 13 “Pipeline”
Chantays, Pipeline 1963
The Ventures also scored a hit with this song, and it has been covered by everyone from Lawrence Welk’s band to Al Caiola to Anthrax to Stevie Ray Vaughan dueting with Dick Dale. 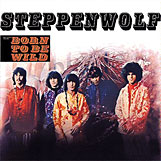 14 “Born To Be Wild”
Steppenwolf, 1968
Written by Mars Bonfire (real name Dennis Edmonton, who though not a member of Steppenwolf, was the brother of the band’s drummer, Jerry Edmonton), he recorded the lick using a Fender Telecaster. The song started life as a spacey folk-pop song on a Bonfire album made up of demo recordings, but was dressed up by the band and producer Gabriel Mekler, then immortalized as the penultimate “biker song” after it was used on the soundtrack to the 1969 cult-classic film Easy Rider; its bombastic guitar-driven intro supplanted only by its lyrics, which included the first use of the term “heavy metal” in a musical context. 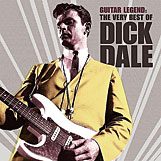 15 “Misirlou”
Dick Dale and his Del-Tones, 1962
Exhibit A in the case for Dick Dale claiming the title of “King of the Surf Guitar”; he released five singles before grabbing this Greek tsifteteli dance and giving it the business with the help of his Fender Stratocaster, a ton of reverb, and the world’s first 100-watt Fender amps (with 15″ JBL speakers made especially for him). His unique style was the product of his playing guitar lefty without re-stringing it, and the fact he used very heavy strings. 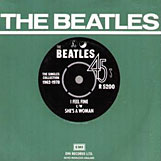 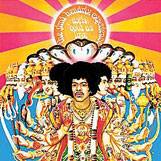 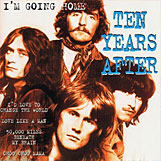 18 “I’m Going Home”
Ten Years After, Undead, 1968
For the real deal, check out the band doing this tune at Woodstock, where Alvin Lee tests the durability of his Gibson ES-335! 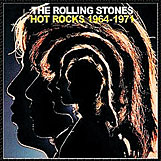 19 “Honky Tonk Women”
The Rolling Stones, 1969
Released in a rock arrangement only as a single, it hit #1 in the U.S. and stayed there four weeks. Its original arrangement, “Country Honk,” appears on Let It Bleed. 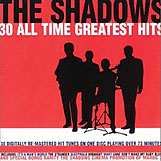 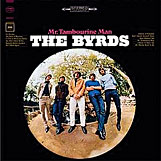 21 “Mr. Tambourine Man”
The Byrds, Mr. Tambourine Man, 1965
For their first single, the Byrds nabbed Bob Dylan’s song and made it what would be the only #1 single in his career. Though Roger McGuinn laid down its signature lick on a 12-string Rick, members of the L.A. studio-musician collective knows the The Wrecking Crew did most of the playing. 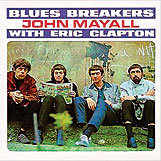 22 “Hideaway”
John Mayall with Eric Clapton, Bluesbreakers Featuring Eric Clapton, 1966
A key track from the album E.C. himself says brought his playing to the attention of the masses. It’s also the first album where his unique tone emerges, courtesy of a Gibson Les Paul Standard and a Marshall combo. 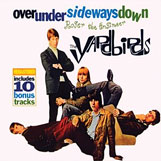 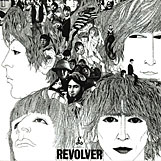 24 “And Your Bird Can Sing”
The Beatles, Yesterday…and Today (U.S.), Revolver (U.K.), 1965
Renowned for its dual-guitar melody (recorded by George Harrison and Paul McCartney), the technique would later be used to great effect by many bands, including the Allman Brothers. 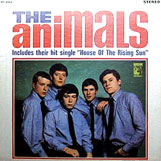 This article originally appeared in VG March 2011 issue. All copyrights are by the author and Vintage Guitar magazine. Unauthorized replication or use is strictly prohibited.