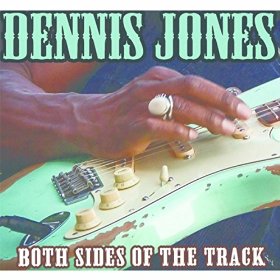 Dennis Jones’ fifth album elevates his craft to new heights as he juxtaposes an arsenal of blues, rock, and funk with visceral production values. The genre is contemporary blues, and Jones plays serious guitar with the heart of a bluesman and the soul of a Baptist minister.

On “Nobody’s Slave,” Jones manhandles tumescent wah tones with aggressively deft phrasing, while “The Machine” is a Uni-Vibe exhibition played over a tortured slow blues.

Acoustic guitar gives the album range and texture on “Skin And Bone,” “Lonely Joint,” and “What.” There’s also plenty of traditional blues, but Jones breaks free, performing without the typical clichéd reverence, particularly on “Shines On You” with its poignant lyrics.

The standout cut is “I Can’t Stop,” where Jones pushes the blues forward with unpredictable rhythms and arranging.
Jones is a charismatic performer that you should keep your eye on.