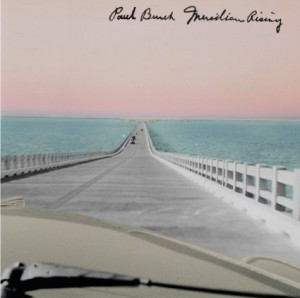 Meridian, Mississippi, was Jimmie Rodgers’ birthplace and the starting point for Paul Burch’s “imagined musical autobiography” of the Father of Country Music. In these 20 songs and musical interludes, he draws a rich, vibrant portrait of Rodgers that’s a worthy companion to the Singing Brakeman’s legacy.

Hailing from Washington, D.C. but now based in Nashville, Burch has played with musicians including Charlie Louvin, Ralph Stanley, and Mark Knopfler. This is his 10th solo album – and his most ambitious.

The song cycle chronicles Rodgers’ life from his early days playing with touring companies to his own solo tours “Cadillacin’” across country to his eventual death in New York City in 1935 at just 35 years old.

Along the way, Burch imagines the influence of early tent shows like that of Silas Greene from New Orleans and the allure of carnival lights in tunes such as “The Girl I Sawed In Half.” “To Paris (With Regrets)” is a tasty, medium-tempo swing tune with hints of Django Reinhardt. “Back To The Honky Tonks” rides a lovely, lilting rhythm.

Burch leads the show with six- and 12-string guitars, backed by his WPA Ballclub band. They recreate the style of Rodgers’ music at its peak with upright bass, accordion, clarinet, and much more, including Fats Kaplin on fiddle, tenor banjo, and Hawaiian steel. And they’re obviously having fun here, playing with dash and verve.

The proceedings are joined on select tunes by Hot Rize’s Tim O’Brien on bouzouki, Billy Bragg, Garry Tallent of the E Street Band on tuba, the Mekons’ Jon Langford, and Richard Bennett on electric guitar and National Tricone.

The CD is beautifully packaged with extensive liner notes, although Burch’s website continues the story with historical photos and more on Rodgers and the album’s inspirations.

Elmore James – The Complete Fire and Enjoy, and Tribute