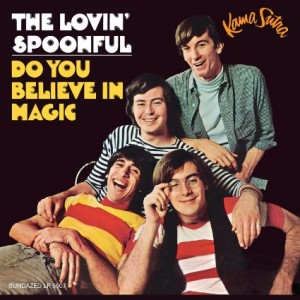 In their short existence from 1965 to ’67, the original Lovin’ Spoonful – singer-guitarist John Sebastian, guitarist Zal Yanovsky, bassist Steve Boone, and drummer-vocalist Joe Butler – parlayed the acoustic jug band music of the ’60s folk revival into a raucous, good-time, amplified sound with a few thoughtful ballads. These three albums featured the band’s greatest work, including all the hits. But murky stereo mixes on some past reissues left much to be desired.

These new versions (available on both CD and 180-gram vinyl) eliminate those problems by using mono mixes that give the music startling clarity. You can hear Sebastian’s rhythm guitar and his glistening autoharp on “Coconut Grove.” Yanovsky’s Guild Starfire is beautifully raw as he tears things up on the instrumental “Night Owl Blues” and solos in “On The Road Again” and “Voodoo In My Basement.”

The Sebastian-Yanovsky guitar interactions on “It’s Not Time Now,” “Darlin’ Companion,” and “Jug Band Music” are also easier to appreciate. Even on the acoustic “Henry Thomas” and “Bes’ Friends,” the audio gives the performances vibrancy and depth.