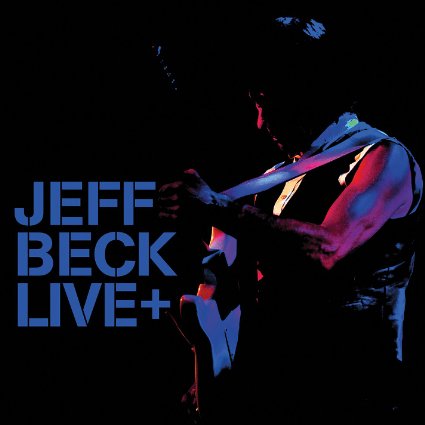 After years of on and off seclusion, Jeff Beck miraculously morphed into a road warrior this past decade. His tour with ZZ Top last year provided the raw material for this new live album, one of Jeff’s precious few.

The preponderance of song-oriented material is noteworthy here – unusual for a guy who staked out his career as a fusion instrumentalist.

Singer Jimmy Hall (Wet Willie) provides plenty of vocal firepower. Along with “Morning Dew” and Stevie Wonder’s “Superstition,” the soul patrol includes Sam Cooke’s ballad “A Change Is Gonna Come.” As he proved more than 40 years ago, Jeff shines on this kind of slower material, and he just nails it to the wall with a fiercely melodic solo dripping with modulation effects and medium overdrive.

Instrumentally, the band rolls through a moving version of the Mahavishnu Orchestra’s “You Know You Know,” Beck flipping his whammy bar as only he can – with trills, swoops, and alien sounds yet to be named.

“Why Give It Away” is a newer funk-rocker, long a part of Beck’s mission to blend R&B and heavy rock guitar. His Strat-abused solo is smashed with Uni Vibe-like effects and nasty bends.

Another cover that has become something of a signature for him is the Beatles’ “A Day In The Life,” which Beck has masterfully reinvented as his own.

Other ballad gems here are the haunting “Where Were You” and “Danny Boy,” where his pedal-steel effects, swells, and dripping reverb are simply breathtaking.

For a man whose guitar heroics began 50 years ago in the Yardbirds, the 71-year-old Beck continues to amaze, even as we enter what could be his final decade of performing. Live+ is, essentially, a portrait of the artist as an older man – yet one that continues to blaze a path for all other guitarists to follow.