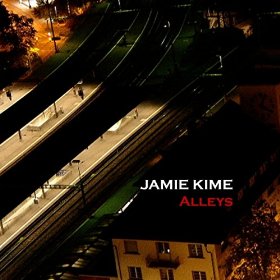 When Jamie Kime isn’t intimidating guitarists at his Monday-night gig co-hosting the jam at the Baked Potato in Studio City, California, he’s a sideman for Jewel, Michelle Branch, Zappa Plays Zappa, and Banned from Utopia. Kime is a consummate guitarist with a grounded sense of integrity who continues to explore the harmonic possibilities of the fretboard.

Alleys is an auditory detour to all the best places.