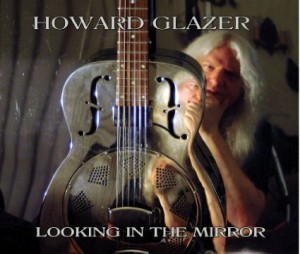 Detroit’s rich musical heritage includes a blues scene that has thrived in the bars along the Detroit River and on the city’s East Side. The MC5, Iggy Pop, and Bob “Catfish” Hodge sweated it out in those clubs with sets loaded with John Lee Hooker and Howling Wolf tunes. That world also produced resonator-guitar-toting Howard Glazer, whose music has been reverse-filtered through blues-inspired rock and roll.

Johnny Winter, who gets a dedication in the album notes, and Detroit fave Hodge seem to have been part of the musical inspiration for “Walking In Detroit,” a love song to his hometown where Glazer duels with David Kocbus’ trumpet – an instrument rarely heard in blues since the popularization of the electric guitar.

Glazer’s singing is passable, but his sure-handed, aggressive electric-guitar playing is rock-solid. Standouts include the world-weary “Broken Down Hotel Blues,” “Eviction Blues,” the swamp-rocking “All I Ever Wanted,” and his resonator work on “Feeling So Bad.”

Glazer is sure to grab an audience of working and out-of-work folks and almost anyone who appreciates the blues as a living music.