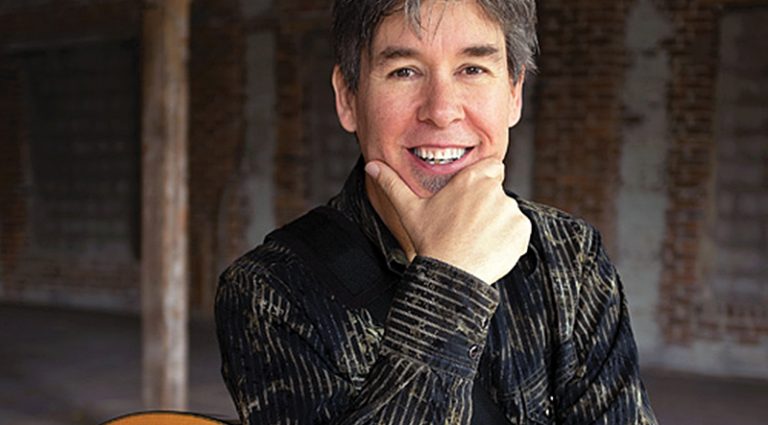 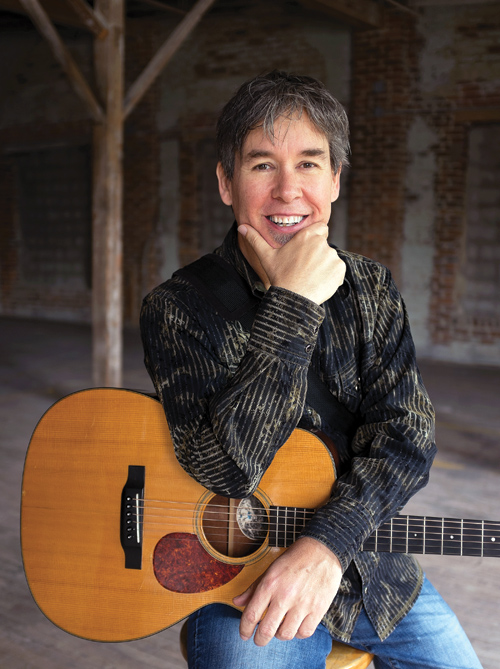 To call Pete Huttlinger a survivor is an understatement. The notable Nashville fingerpicker has fought back from a major stroke and end-stage heart failure to record the most important album of his career, McGuire’s Landing.

The effort began years ago, and Huttlinger had recorded some of its tracks before being sidelined by his health. A benefit concert was held in Nashville to help Huttlinger with medical expenses, which included being life-flighted and the installation of a heart pump. “Jeff Hanna, Mark Selby, Bekka Bramlett, Vince Gill, Sean Della Croce, John Jorgensen, Cynthia Martinez, Jim Hoke, Sam Bush, John Oates, and Bill Lloyd and The Long Players all lent their immense talents,” he recalled. “It was an amazing night of music, and the love in the room was palpable. They all were so wonderful and generous with their time, and helped raise quite a lot of money, which helped offset the cost for almost five months in the hospital and the hotel bills for my wife’s four-month stay in Houston.”

Huttlinger’s near-death experience made him more determined than ever to record the album he’d envisioned while working with another music legend.

“I actually wrote the tune ‘McGuire’s Landing’ years ago, while working for John Denver,” he said. “He loved it and wanted to write lyrics for it. We talked about the pictures in my mind when I wrote it, and unfortunately he passed away before writing the lyric. So, I started mulling the idea of a concept album. I wanted the project to be special, and I knew I was going to write the story and include that in the package. I wanted large string sections, so it took a lot of planning and fundraising. I had all but five or six of the tunes recorded before I had the stroke. That set me back a bit while I learned to play guitar again.”

The stroke beget Huttlinger’s heart problems, and his recuperation included finishing writing the concept album, beginning the recording sessions, and writing the narrative in its 54-page booklet.
“It had been in my head so long, the process was kind of quick,” he said of his scribe work. “The most time-consuming part of the story was the editing and re-writing.”

McGuire’s Landing has a mixture of instrumentals and vocals by Huttlinger and guest singers, and reaches into history for its numerous influences on various tunes.

“I’ve always loved the old musical Paint Your Wagon, and I tend to see things in my head as movies,” Huttlinger detailed. “The scene where the Nitty Gritty Dirt Band was playing ‘Hand Me Down That Can O’ Beans’ and the fight that ensues in the mud inspired the tune ‘Saturday Night At McGuire’s Landing.’ I used to live on a street called Forest Side, hence ‘Forest Side Reel.’ ‘Moon Over Clear Lake’ was written at Clear Lake, California, on the night of the biggest and fullest moon anyone has ever seen. It came rising up over the lake and I sat there, stunned. The next thing, I knew the tune was coming out of my guitar. ‘Falling’ was written originally for a Disney film called Hidalgo. It sat in the directors’ lap for three weeks, then came back to me. I knew it was a special song, so I sat on it ’til the time was right.”

Huttlinger also produced and engineered the album, which has several songs that interpolate strings, but the guitarist wasn’t intimidated by the task.

“I’ve worked with quite a few symphonies and chamber orchestras, so it was very easy because I recorded parts first, then we added strings to my tracks. I arranged everything but the orchestral parts; the strings had been written for the title track by Don Hart many years ago, and I loved them so much I had Don write the parts for the other tracks. I was thrilled.”

Another development was a Collings signature acoustic. “I was still very sick in the hospital when the whole thing came together,” he noted. “It was only made known to me after the first notice was sent out to the dealers. So I had no input, but I wouldn’t have changed a thing. It is a standard OM1 or OM1-A with my signature in the fretboard at the 12th fret. Both models are cutaways.”

McGuire’s Landing marks Huttlinger’s return to action. “I never knew I had so many friends. Whenever my phone rings and someone needs me to play, I say ‘When and where?’ I love giving back.”