The latest from Kenny Wayne Shepherd is an homage to players and songs that influenced him while he was coming up. For the most part, it’s a splendid collection with some of the blistering guitar work you expect. 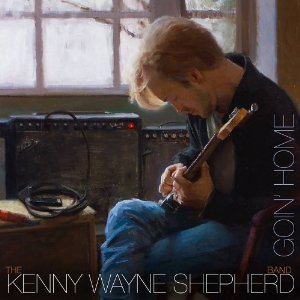 “Palace Of The King” is soul heaven. Shepherd’s playing channels Jimi Hendrix complete with blistering sharp-nine chords throughout. His version of the Muddy Water’s classic “I Love The Life I Live” has the perfect laid-back feel that is cut only by a down-and-dirty Shepherd solo.

There are a number of friends who appear on the record, including Robert Randolph, Joe Walsh, and Ringo Starr, among others. The slinky blues of “Breaking Up Someone’s Home” gets a lift from the guitar and voice of guest Warren Haynes.

The main attraction remains Shepherd’s guitar work. His energy and chops help make the droning boogie of “Still A Fool” a highpoint of the record.

While he honors his heroes, one song seems misplaced. Given folks penchant for saying he started his career as a Stevie Ray Vaughan clone, why do a note-for-note cover of “The House Is Rockin’”?