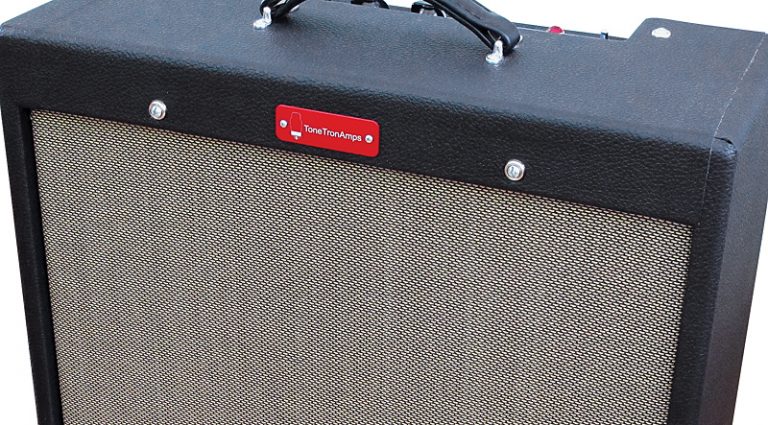 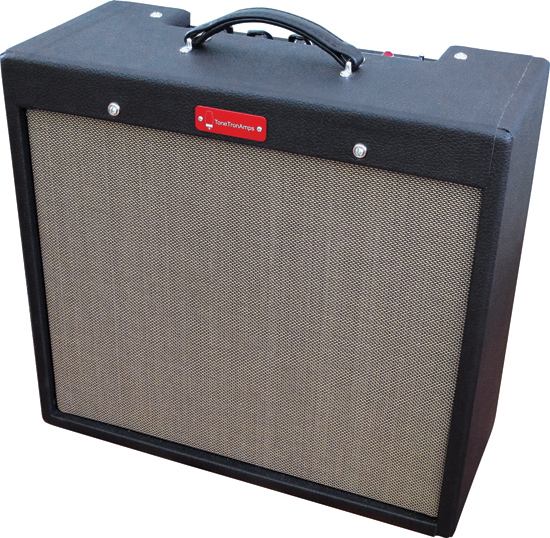 On a quiet residential street in Minneapolis lives a mad scientist. Erstwhile rockabilly guitarist Jeffrey Falla is the brains behind ToneTron. And from his laboratory come some of the best-sounding amps you’ve never heard of.

Falla began modifying and building amps as a ’70s teen, launching his custom-build ToneTrons in 2006. The name is short for “tone pure electrons,” echoing Falla’s ideology. Each amp is hand-built. Period. And no two are alike.

The 16-watt Billy-Rocker appears modest, even humble. But like Elvis done up proper in suit and tie so he’s presentable to good company, that appearance is all veneer.

“The discreet aesthetics of the amp match my design philosophy,” says Falla. “I think the best sound for amplifying guitars is a pure signal that is unencumbered.”

A simple signal doesn’t necessarily mean an amp will sound good, though. There are myriad concerns, as Falla explains: “I approach amp building from an engineering standpoint. I’ve had formal electronics training, and so formulas are important to me. Every build starts on paper with load lines, formulas, and calculations. I often build prototypes and always test the theoretical results on several amps whose sole function is experimentation. Even if a guitarist requests an amp that is the same as one I’ve already built, I still go through the design process and make subtle changes. I don’t like to build the exact same amp twice.”

Falla originally fitted a 12″ 25-watt alnico speaker to play in his rockabilly outfit, but he’s since swapped it for a 50-watt ceramic Weber.

This amp is a four-knob wonder – just Gain, Volume, Treble, and Bass controls. But the gain allows the player to dirty up the preamp stage with the volume serving as a master. And the treble and bass tone stack is voiced to emphasize low-mids when the controls are set halfway; high and high-mid frequencies can be brought to the front by backing off bass while adding treble. Insertion loss is lower with this tone stack design.

Plugging in a ’56 Strat, the gain was kept low. The resulting sound was classic ’50s rock and roll: Scotty Moore would grin ear to ear. Dialing in full gain and lowering the volume, the amp’s sound was down and dirty. The powerful Weber delivers volume yet with fully accentuated lows. The sound is almost too good to be true.

Not quite believing our ears, we switched over to a 5E3 Deluxe for comparison. The ToneTron’s 50-watt speaker and gain-volume setup combined to offer more versatility while retaining pure tone. And that’s indeed one of Falla’s goals: “I try to make my amps as versatile as possible so that they can be used with a variety of musical styles. But if a guitarist plays only country, for example, the design parameters are shaped by that. I’ve built 100-watt amps for heavy metal players, 10-watts for bluesy folksters, and everything in between. I ask what type of music he or she wants to use the amp for and build accordingly.”

Falla also offers the Billy-Rocker with reverb. “Previously… when guitarists requested reverb or tremolo, I added it somewhat reluctantly. Eventually, I came up with a reverb design that’s not very disruptive to the pure signal concept,” Falla says. “I get requests for things like channel switching, overdrive, active effects loops, and since I aim to please, I build these into the amps.”

With this kind of commitment to tonal excellence, ToneTrons are rarities: Falla handbuilds just 10 to 12 annually. And check out the price! $1,200 is a steal.

“When I was a teenager, people used to throw out all kinds of tube gear, from old radios to hi-fi stereos,” Fall recalls. “After school I walked down alleys and pulled the amps out of these relics and used them for experimentation or for turning into viable guitar amps. In the 1980s, I worked for a company restoring and repairing jukeboxes. When a jukebox was junked, I salvaged the amp. I’m not sure what happened to all those old amps. I gave some away, but most I modded into destruction.”
Spoken like a true mad scientist.